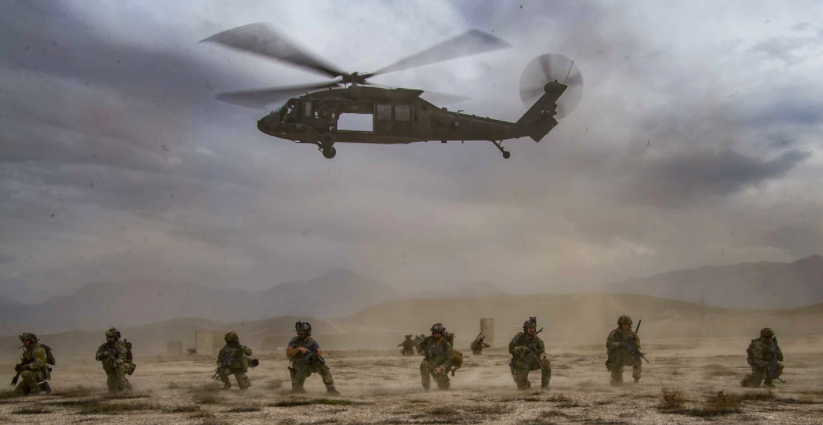 By: Allison Speir
In: News

Nearly 20 years after U.S. troops entered Afghanistan, they will be departing according to President Joe Biden’s recently announced plans to remove all U.S troops from Afghanistan.

There are more than 3,000 U.S. troops still in Afghanistan, and former President Donald Trump previously set a removal date for May 1. Instead of full removal by May 1, Biden plans to prepare the troops for their departure starting May 1, with full removal by September 11, 2021.

Troops were originally deployed to Afghanistan after the 9/11 terror attacks in the U.S., and according to Biden, the end of this war is long overdue. However, Republicans and Democrats have both expressed concern over withdrawal.

Biden’s announcement presents the question of whether the UCCS community will be affected by this decision.

Jerome Young, military and veteran outreach coordinator at UCCS, weighed in on how the decision could potentially affect the UCCS community.

“In some cases, it may increase their [students considering joining the military] willingness to serve because they are not entering the military during times of war. No matter what, military members train for the next war and whenever they make the decision to join, that will become their focus,” he wrote via email.

George Reed, dean of the School of Public Affairs at UCCS and 27-year army veteran, shared a similar perspective to Young. In an email interview, Reed said that there will be people taking stances on both sides of Biden’s decision and who have gone through the arguments that both sides are likely to make.

According to Reed, people who believe that withdrawal is a mistake argue that “we now have an ally in the fight against Al Qaeda and ISIS. Afghanistan is no longer a place from which attacks on the US homeland are launched. Millions of Afghan citizens now enjoy freedoms that they never had in the past.”

Reed explained that people who support the withdrawal of the troops will say that this war has been going on for too long and is taking valuable time, money and lives. They will also argue that U.S. military intervention is not solving anything.

“In terms of how the withdrawal will affect UCCS, we can anticipate a decrease in the operational tempo of the Armed Forces including the five military installations in our region. That means fewer combat deployments,” Reed said.

He continued, “When that happens the military doesn’t really slow down, they will just shift their effort toward training and preparing for the next threat.”

Reed said that once the U.S. troops are out of Afghanistan, the military is going to focus on spending time and energy fighting other issues.

He added, “We might see additional enrollment of military affiliated students if the Army, Air and Space forces move additional resources in support of civil education. As military personnel transition out of uniform, UCCS remains an attractive and welcoming place for them to use their educational benefits.”