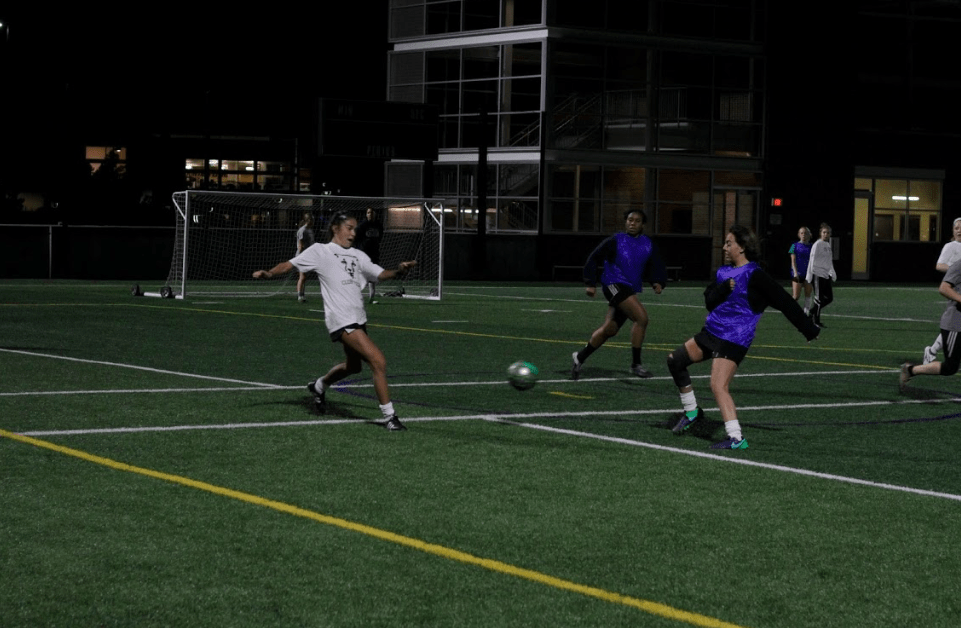 By: Cambrea Hall
In: Sports & Recreation

UCCS’ Women’s Club Soccer team finished their regular season last month, satisfied with 5 wins and 3 loses on the record. Their success on the field earned them a spot at the National tournament in Foley, Alabama. While the tournament is regarded as an amazing opportunity for the girls, costly travel and accommodation fees may be an obstacle to them taking the field later this semester.

The National tournament is scheduled for Nov. 29 through Dec. 1. The tournament hosts club teams from all around the country.

In order for the Women’s Club Soccer team to participate in the tournament, they would have to pay between $7,000 and $8,000 for the whole team.

Women’s Club Soccer charges players $150 each upon entry in the club. This fee covers uniform additions, transportation, and any team-bonding hangout.

Seventeen players and a coach from the Women’s Club Soccer team went before UCCS’ Student Government Association (SGA) on Thursday, Oct. 18, to request an additional $8,000, enough to cover the estimated expenses. The proposal was to be voted on the following week, but was postponed.

Sophomore Michaela Norve has played for the club team for two years and currently serves as vice president.

“Last year, we drew the short stick” Norve said. “We initially thought were going to attend Nationals, but there was an issue with our placement. This year is our chance to show the country who we are and play to the best of our abilities. If the SGA decides to move forward with our proposal, it will definitely alleviate some of the financial stress.”

As Women’s Club Soccer prepares for Nationals, they continue to practice with the same level of intensity and passion.

“We’re keeping up practices and keeping our commitments as we transition into post-season. We practice twice a week. There’s been a big push to play more cohesively as a team,” said Norve.

“I think it’d be great if we go and end up winning, but the whole experience would boost the club and our morale,” said Abed. “Team bonding is also really important. There’s a lot of girls leaving the team after this year and we just want to make the most of it.”

Abed explained that the Women’s Club Soccer team has other means for obtaining the money for Nationals. A fundraising tournament held last weekend was projected to draw in between $1,000 and $2,000 to support the effort.

Out of a roster of 25, the Women’s Club Soccer team is hoping to bring 19 players and one coach to the National tournament.

The team’s ability to attend Nationals depends on the number of players able to cover expenses. If the team is unable to obtain the necessary funds from the SGA, they are going to have to each pay out of pocket on top of the already paid club fees and tournament fee, which was approximately $1,500.

“We’ve already accomplished so much. I’m proud of the team.” said Abed. “We’ve grown a lot in the last few months. We’re in that Nationals mindset right now. Regardless of what happens, we’re going to end our season on a good note.”

2018-11-06
Previous Post: Club Cycling hopeful for the spring and an extended 2019 season
Next Post: OP: Stress relievers for the stressed out college student