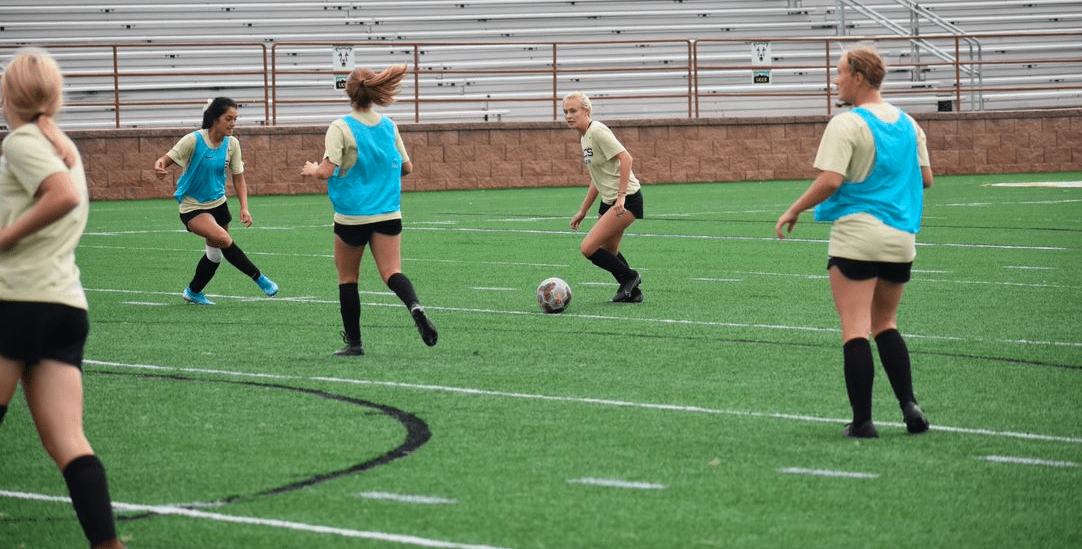 After being ranked No. 24 in the United Soccer Coaches Top-25 NCAA Division II rankings for preseason, the UCCS women’s soccer team has risen in the national ranks.

The Mountain Lions have now been ranked No. 2 in the rankings back to back weeks (Sept. 17 and 24) since being ranked No. 11 after the season’s first two weeks. They have also been top 3 in the south-central region rankings since Sept. 10.

Sporting an 8-0 record at the time of publication, this is the UCCS team’s best start since head coach Sian Hudson took over in 2017. A 3-0 win against No. 10 ranked Texas A&M at home has been the highlight of the team’s undefeated start.

“We’ve shown a progressive amount of improvement in the three years that I’ve been here,” said Hudson. “When I came here in 2017, we expected to lose every game. I think just shifting the mentality and the belief of the players I think has just been a great journey to watch.”

“Our motto this season is to get better every day and I think the team’s really hungry and driven to just go about the little things every day at training to make sure we’re improving.”

Assistant coach Lindsey Balconi agreed. “With our motto being get better every day, [we try to get] better on the field tactically or technically. Or it’s them taking their recovery to a different level and ice bathing and taking care of their nutrition. I think it’s just been a difference maker when we’re playing at this level.”

Balconi said that every player knows their role and they are an important part of the team and their family culture.

With the amount of turnover that comes with college sports, Hudson and Balconi have been able to maintain a competitive team ever since they joined the coaching staff.

“We put an awful lot of time and effort in as a staff to make sure we’re really prepared for games and obviously a lot of that preparation goes into recruiting,” said Hudson. “Obviously we have to recruit one or two years out for women’s soccer, so [we have to] make sure that we’re recruiting players that are going to help elevate the level of the team and also that fit within the playing style that we have.”

“I think for the individuals and the players one of our core values is family and so we really try to create a family culture where they’re really comfortable here,” added Balconi.

United Soccer Coaches was founded in 1941 and is one of the world’s largest soccer coaches’ organizations. Based in Kansas City, MO., their mission is to “provide programs and services that enhance, encourage, and contribute to the development and recognition of soccer coaches, their players, and the game [they] love.”

The organization states that “[the rankings] are an indicator of week-to-week status of qualified programs and in no way should be used as a guide or indicator of eligibility for championship selection.”