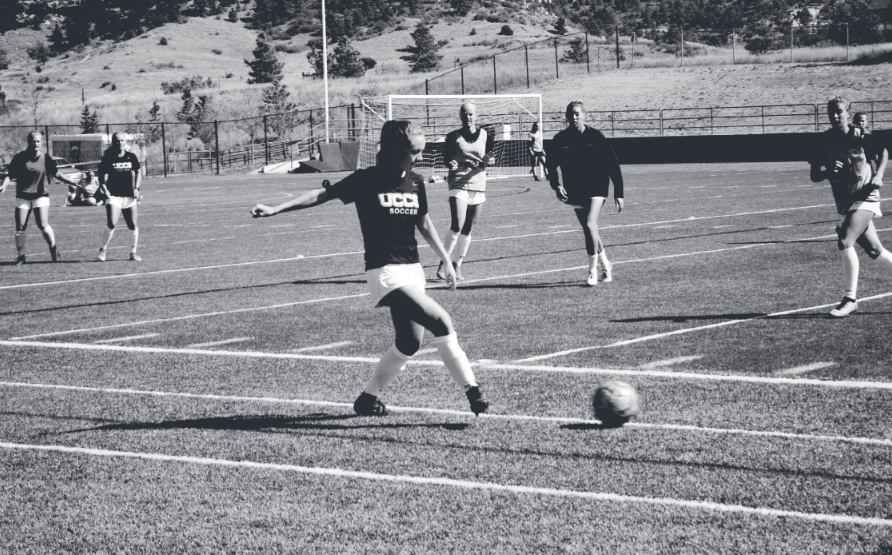 This national ranking is higher than any previous season, rising from No. 11 on Sept. 15 to No. 1 on Oct. 7, ahead of University of California-Sand Diego in second place and Grand Valley State University in third.

During the pre-season, the team was ranked No. 24

UCCS’ women’s soccer has justified that ranking with an undefeated record: 10-0.

When current head coach, Sian Hudson, joined the team in 2016, the team had only three wins. After her start in the position, the team earned 17 wins in 2017, with a 10-2 record in conference play, and finished No. 3 in the conference.

Hudson said in a previous interview, they have had a progressive amount of improvement in three years, but in 2018 they lost the games that mattered. Now, she said that there’s a hunger and desire for more than just rankings

In 2018, the team had returned to the RMAC Tournament Championship, NCAA Tournament and the NCAA South Central Region Championship in 2018 for the second consecutive year. They had finished with a 12-4-1 in regular season, to earn the No. 2 seed in the conference tournament. They had qualified for the NCAA tournament as No. 3 seed taking down Angelo State in first round, but the season came to end against West Texas A&M University.

Their most recent wins were at home against Westminster College (3-0) on Oct. 4 and against Dixie State (2-1) on Oct. 6. They faced off against No. 5 RMAC ranked Fort Lewis College on Oct. 11.

The team will face the No. 2 RMAC ranked Colorado School of Mines on Oct. 18.