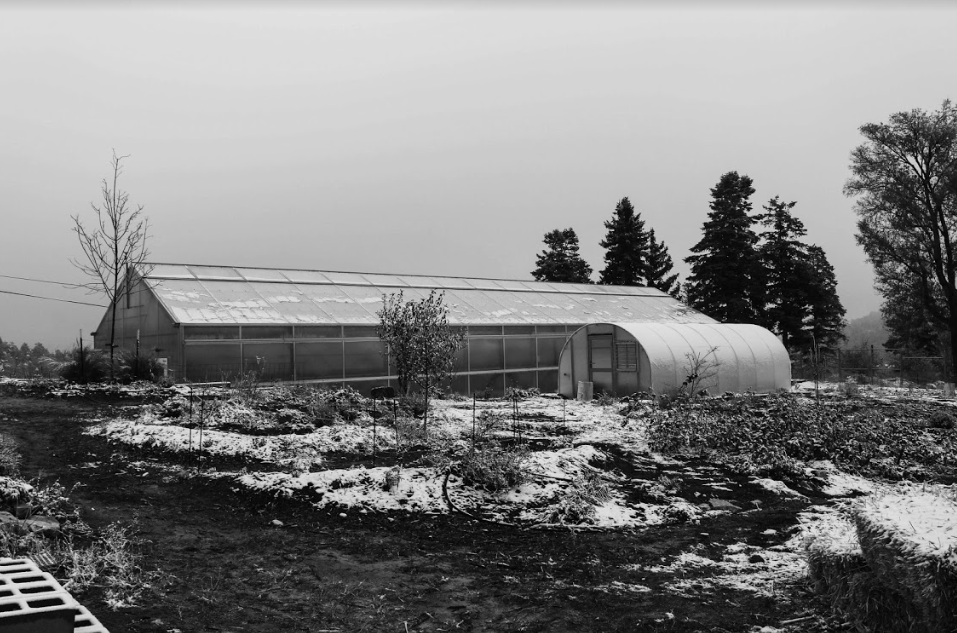 A look into UCCS Aquaponics, how the system functions

By: Erick Spong
In: Uncategorized

“The circle of life” is a good description of how the aquaponics system, built and utilized by the UCCS Farm, operates.

At the UCCS Farm, the demonstration-scale aquaponics system grows a variety of produce. The aquaponics farm has been in place since June 2016, and the team is looking for more helping hands to expand the operation and ensure success.

“The aquaponics (system) so far this year has produced 49.86 pounds of produce to include peppers, heirloom tomatoes and herbs,” said Holly Vergunst, a graduate student who works at the farm.

A variety of produce is possible to grow depending on the season since the greenhouse isn’t heated. During the summer months, tomatoes, herbs and cucumbers thrive while the winter brings salad crops like lettuces, broccoli, chives, kale and chard.

Aquaponics is a process which seeks to create a symbiotic relationship between aquaculture, underwater life and hydroponics: the cultivation of plants in water.

“The aquaponics farm is demonstration size and meant to be a teaching farm first,” she said.

Aquaponics takes an input of food for fish and turns it into an output of vegetable produce. The fish are fed by the farmers and then, the fish’s waste water is pumped into the soil beds of the plants.

However, the plants cannot directly use the fish waste. Supportive bacteria perform a process turning the ammonia in the waste into nitrites which the plants use as fertilizer. Then, the water is filtered back into the aquatic environment, and the cycle continues.

“There are even future studies comparing nutrients from aquaponics farming to traditional farming,” said Jennings.

The 16-square foot farm is an example of what can be done, and the farm team hopes to increase interest in their operations and potentially increase their output in the future.

The team uses the small size of the aquaponics farm to mitigate losses while learning the new system. The operation is running smoothly but has had its learning moments.

When parts of the aquaponics system fails, a chain reaction can occur. A problem with the piping led to a water leak forcing a restart of the bacterial colonies. The bacteria change shocked the fish and led to a loss of nitrogen in the system causing issues for the plants.

After overcoming this challenge, the group at the farm feels more confident than before. They hope to use their gained knowledge and skills to expand but note that it takes a steady and abundant volunteer base to do so.