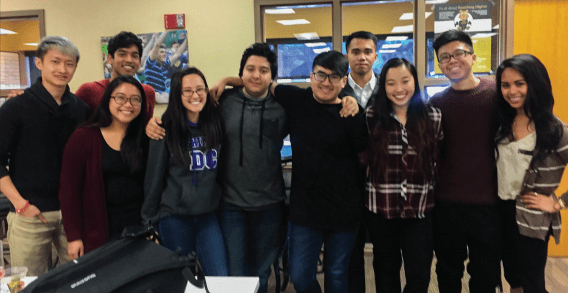 As one of the largest and most diverse organizations on campus, the Asian Pacific Islander Union welcomes anyone interested in making lifelong friends and learning about Asian-American culture with their inclusive and diverse events.

On April 18, the APISU, the Black Student Union and the Latino Student Union will come together for an event to showcase their clubs as part of the Multicultural Mixer from 1:30-3 p.m. in the Kettle Creek Room located by the Roaring Fork.

Members of each club will be there for a meet and greet with freshmen students and hope to encourage them to join.

The APISU recently had success with their fourth annual Fusion Night including comedian Eliot Chang on March 23. Around 200 students attended the event, according to junior communication Angel Tran, president of the APISU.

People often misunderstand Asian culture, so APISU members organize their events to work toward solving these misrepresentations before they become a problem, according to senior psychology member Kyleigh Downey, club member.

“There are a lot of images in the media that aren’t always the best representation of who we are,” said Downey.

“Ignorance isn’t necessarily racism, but we want to give people the tools to know more about Asian culture.”

The APISU consists of 40-50 members this semester. Club members seek to break stereotypes, encourage diversity and contribute to UCCS’s accepting environment. According to senior finance major Christopher Huang, APISU is more than a club.

“We’ve built friendships. We do activities outside of the meetings, and we plan trips to hang out and spend time with each other,” he said.

“It was kind of awkward at first because I’m not Asian, but I found my niche with APISU.”

Students from all cultures and ethnicities are encouraged to join APISU, said Huang.

“It wasn’t as diverse when we first started, but now it’s expanding to different cultures,” he said.

APISU considers themselves allies to the other multicultural clubs, and Tran has been working hard this semester to collaborate with them and plan future events.

Tran encourages anyone to attend their weekly meetings at 5 p.m. every Friday in the Student Life and Leadership Office.