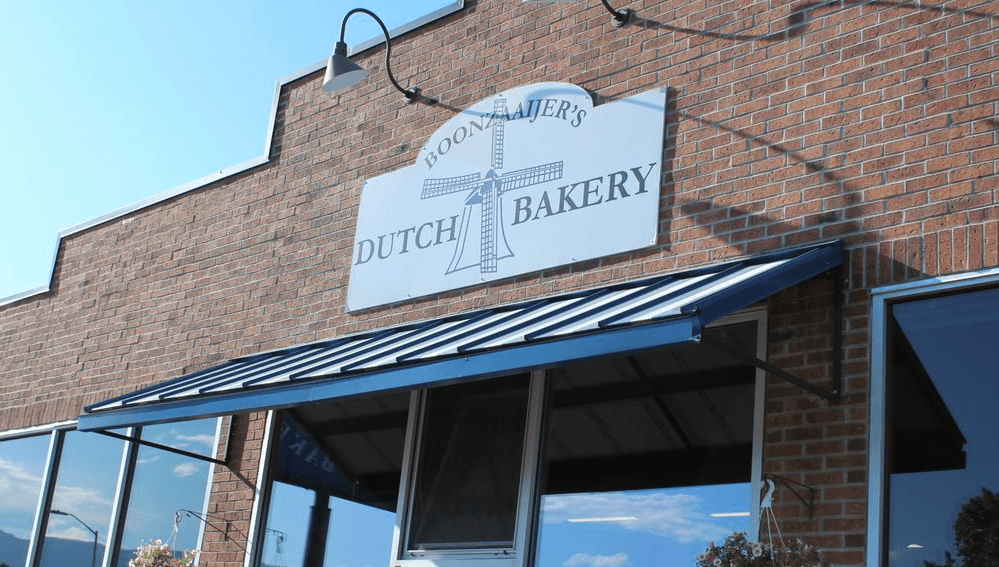 By: Suzanne Seyfi
In: Features, You See CS

Boonzaaijer’s Dutch Bakery (it is a family name, pronounced bone-zai-yer) is a surprisingly large and sunny shop off Fillmore Street and Nevada Avenue. It is a seven-minute drive or a forty-five-minute walk from UCCS.

I had never been to Boonzaaijer’s before, although it had been recommended to me many times over the years. I finally tried it out on a Friday morning.

The first thing I noticed was the blue and white sign of a windmill right outside the store. After parking in the narrow one-way lot (which proved tricky to exit later), I caught a whiff of marijuana seeping from the alley right next to the bakery. This is either a good or bad sign depending on who you talk to.

Inside, however, only smelled faintly of bread and baked goods. The corner-to-corner windows poured sunshine into the spacious shop. In fact, it almost felt too big, compared to the cramped and crowded cafes I am used to.

There is a section to the right of the store dedicated to imports from the Netherlands. One can find many types of Dutch cookies and candies here, as well as such tchotchkes as postcards and keychains.

As I waited in the (short) line, I took in the clientele. While I cannot vouch for other days or times, at 10 a.m. on a Friday in August, Boonzaaijer’s was lightly populated with senior citizens. There were perhaps twenty people – although, again, the place was so big it seemed less than that – chatting pleasantly at small tables.

If you are into the cafe vibe, with indiscernible chatter and the smell of pastries, this is the perfect place. Keep in mind the furniture is entirely wooden; there are no armchairs or couches to sink into here. I neglected to check for electric outlets, but I am sure some are available for laptops and phone chargers.

Once I reached the front of the line, I was flooded by choices. Ignoring the entire display case of all sorts of cakes and pies, as well as the loaves of bread, I focused on single-serve desserts. Did I want cupcakes or eclairs, slices of carrot cake or pecan pie, fruit tarts or lemon bars? Did I want to find out what a “princess slice” was? Everything looked deliciously tempting.

As someone accustomed to displays that fit on countertops, highly specific offerings (only doughnuts, for example) or no choice at all, such variety was overwhelming. I dithered for ten minutes and let a parade of sweet older women order ahead of me.

Even the prices were appetizing. For smaller food items, nothing was above $5 and most of it was under $3. The coffees, teas, smoothies, hot chocolates and other drinks were all cheaper than I have seen elsewhere.

The staff was kind and accommodating throughout. They answered all my questions with smiles and never made me feel rushed.

Ultimately, I turned down the key lime pie in favor of a gluten-free “cheesecake dome” and a slice of frasier torte. It turns out the latter is so new it is not even listed on their website yet.

The strawberry dessert was less of a hit (although it did sit in my car for several hours which cannot have helped). The layers of cake were spongy, not dry, while the strawberry-flavored layers – foam? icing? cream? My tasters could not tell – had an unusually rubbery texture. It was conceded that whatever had happened, the frasier torte would likely have tasted better fresh from the case.

Overall, I would recommend Boonzaaijer’s Dutch Bakery as a great location to study. It is not suited for a huge rowdy group to hang out at, but for one-on-one meetings the place is ideal. The tasty food, low prices and pleasant environment combine to make it a welcoming place for UCCS students.