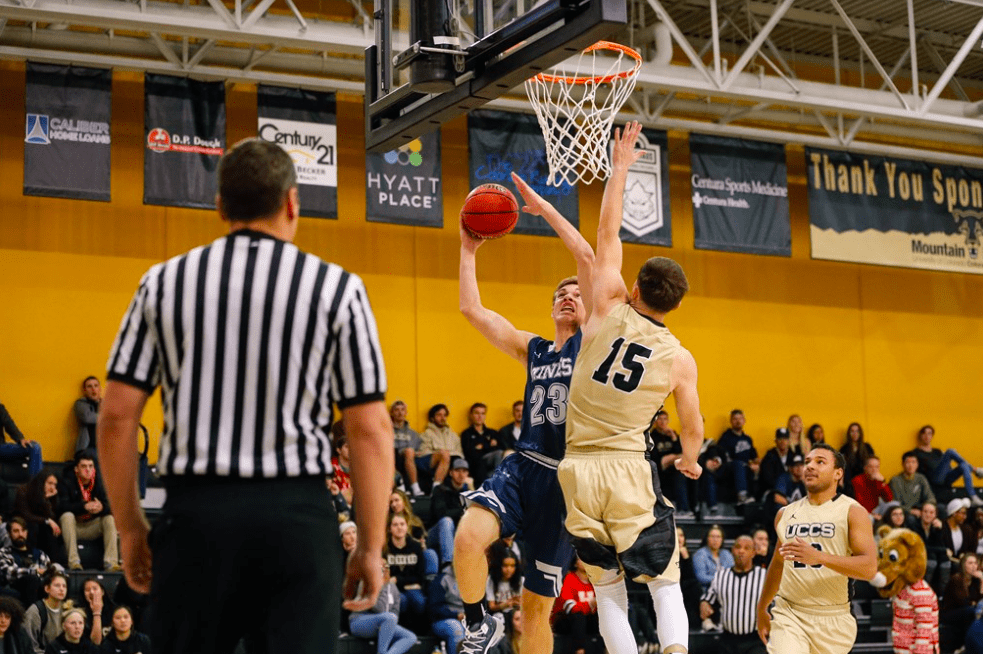 Basketball wins and loses, track and field had no rest in winter break

Here’s a recap of what went on while the rest of us students were away:

The week before finals in December, the men took on Regis, Colorado Christian and Northern New Mexico Universities in the first three games of conference play. Then they returned from break, squaring off against Dixie State on Jan. 4 and Westminster on Jan. 5, chalking up two more wins for the season.

“Our guys have been in some really tight battles,” said Culver. “All of these last five conference games that we’ve won have been really tight games.”

At press time, the Mountain Lions had just finished off Fort Lewis and Adams State, extending their winning streak to eight games.

Even with the team beset by recent injuries and sickness, Culver said his players were well prepared, listing Elijah Ross, a senior playing guard who returned from a knee injury on Jan. 11; Dalton Walker, a redshirt senior playing forward who returned from having mono on Jan. 11; and backup point guard Geoff Kelly is out for the season with a knee injury.

“We feel like we’re ready for every game in front of us,” he said. “We’ve had some guys in and out of the lineup with injuries, so to be able to win some of those ugly games as we’re getting guys back from injury or back from sickness is huge for us as a team moving forward.”

Over break, the Women’s Basketball team saw a bit more action then the men did, playing 10 games between finals and the start of classes this week. But just like with the men, sickness and injury have been persistent pests.

Plett said that Elly Johnson, a freshman forward, was out with the flu for two weeks. Jae Ferrin, a graduate student forward, hurt her back the first game after Christmas.

As a result, Plett said the team’s roster has been limited to only 10 or 11 players out of 16 who are eligible.

“So that’s kind of been the bad side of our Christmas,” Plett said. “But overall, I think we came back pretty focused on things.”

So far, the team has seen a mixed bag of wins and losses, with a 5-4 conference record at press time, having just defeated Adams State 77-46.

“Our problem right now,” Plett explained, “has been that we play really well one day and then the next day, not so well, or vice-versa.”

Plett said the team’s main goal moving forward is to work on fixing their consistency.

“Other than that,” he said, “I think the players have been doing well.”

UCCS’ track athletes only saw one meet over break, but their break was full of training activity.

“We let our athletes go home,” said Assistant Coach Dillon Schrodt, “because we think it’s important for them to spend time with families, but we really trusted them to get their workouts done. We prescribed lifting and running for the athletes over break. I think it’s good mentally for them, but physically we weren’t taking too much time off. We can’t afford to.”

Hannah Meek, a sophomore and a jumper who is majoring in Communication, said she values the prescribed workouts for what they are.

“During break, it’s more of staying conditioned,” she said. “We did a lot of tech work and specialty work while we were all in classes, and then when we had the break, we did more staying fit because that’s the most important part.”

“We all did good,” she added. “So now we’ve got to get back in the groove of things.”

That includes preparing for the Power 5 meet — a meet that was hosted by UCCS on Jan. 19. A tough meet, according to Schrodt, being the first one back from break.