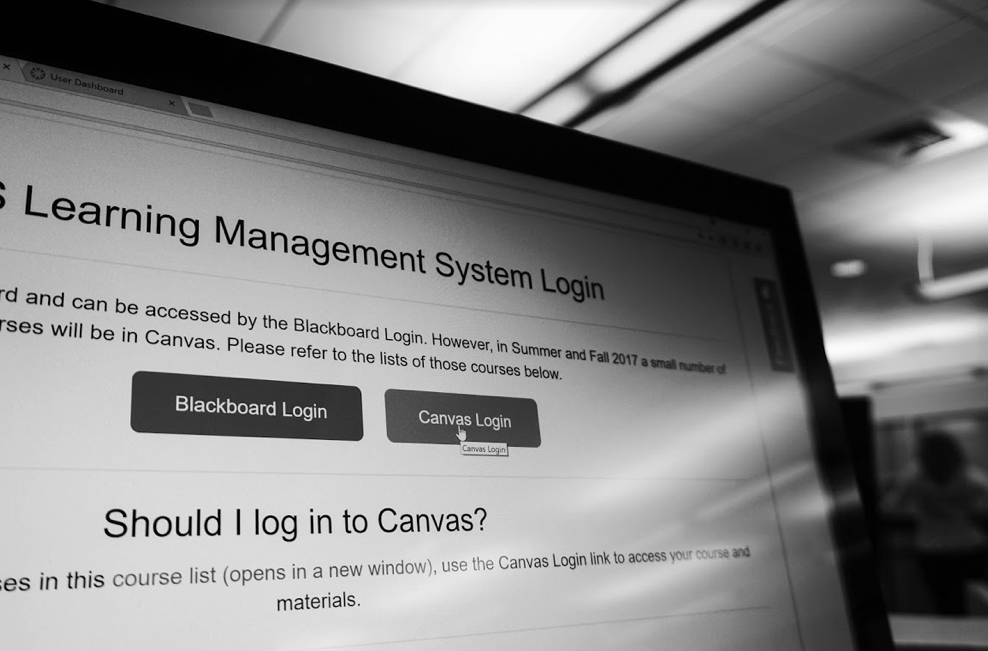 By: Elise Turner
In: Uncategorized

Creatures of habit, brace yourselves.

UCCS began a trial of a new Learning Management System (LMS) called Canvas that will continue through the fall of 2017. Faculty will vote on the campus-wide endorsement of Canvas in a Teaching for Technology meeting on Oct. 13.

If the vote leans toward an endorsement of Canvas, faculty and students will have the rest of the semester on Blackboard before the switch to Canvas in the spring.

UCCS has used Blackboard since the spring of 2010. Before Blackboard, there were seven different systems in place.

An initiative to try Canvas came after students and faculty expressed their dissatisfaction with Blackboard support, according to Jackie Crouch, instructional technologist in the Faculty Resource Center. Canvas contacted UCCS last spring, a time which Crouch notes as the initial point that the campus decided to consider the LMS.

Blackboard’s response time to support needed by UCCS has worsened over time, according to Crouch.

“We recognize the literal trauma that can be caused by changing something like an LMS system. LMS system is almost like a religion. People have one, they like it and they may not want to switch religions,” said Crouch.

In the initial web demo with Canvas, instructional and educational technologists at UCCS were struck by its ease of use and the amount of reporting features available in comparison to Blackboard.

On Nov. 2, 2016, officials conducted demonstrations for Canvas and the next generation of Blackboard. Fifty faculty members participated, while other faculty watched recordings of the demo participants.

Melanie Fields, instructor in the Professional and Technical Writing Program, volunteered to participate in the Canvas pilot. She enjoys the Roll Call Attendance feature of Canvas, which automatically adds attendance to the gradebook with a default of 100 points.

“I think there is going to be a learning curve, and it’s going to take time,” she said.

“Canvas is harder to use when you already have your stuff in another learning platform and are transferring it over.”

Surveys of faculty who watched the recordings indicated favor for Canvas, while the feedback for Blackboard’s next generation LMS indicated that the product was not ready for the market.

Using Canvas, students can locate assignments and content for each week within the module structure. Students are also able to transfer their Canvas accounts across CU campuses.

The new LMS does not require the scheduled downtime for maintenance currently required by Blackboard, so students and faculty are able to access the LMS at any time.

Schools that moved to Canvas from Blackboard noticed a decrease in the need for student and faculty support. CU Boulder made the transition to Canvas three years ago.

Canvas offers features for faculty not available on Blackboard. One such feature is SpeedGrader, which allows professors and instructors to view student submissions, view the assignment rubric and leave comments on assignments.

Crouch anticipates some resistance to the change from Blackboard to Canvas. To deal with this change, the Faculty Resource Center will offer in-office support and advertises a Canvas support hotline available at all times.

Blackboard allows professors to customize the navigation menu to specific preferences. But with Canvas, the look and layout is more simplified from course to course.

“Blackboard is like the death star. There are so many nooks and crannies. Canvas is two levels deep,” said Crouch.