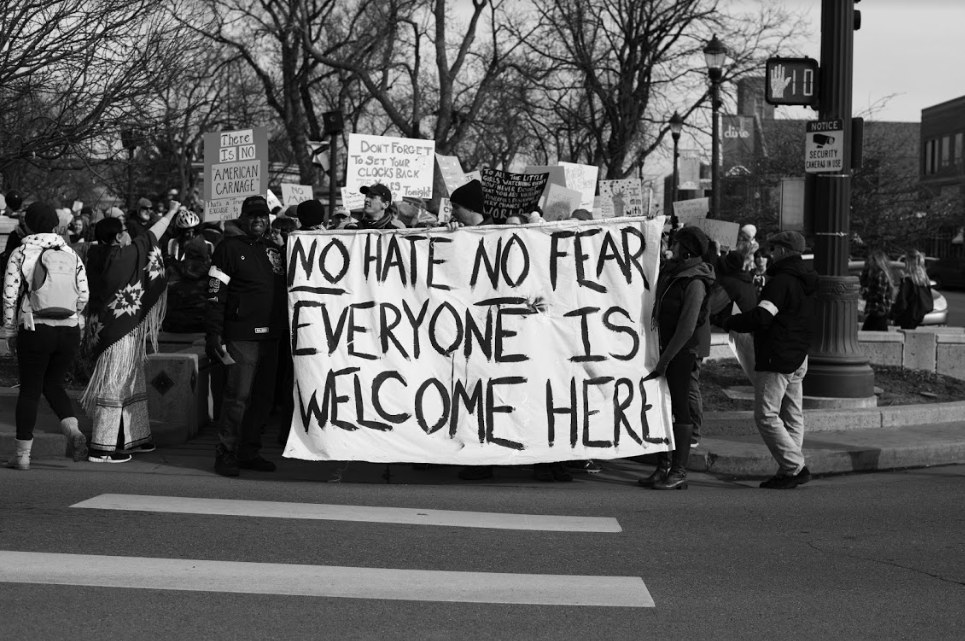 Change-seeking students show activism has a purpose; Protests, meeting with legislators show our generation has ability to make change

In wake of the Parkland, Fla. shooting, where 17 people lost their lives at the Marjory Stoneman High School, many students are worried that school is no longer a place of learning. Instead, it can feel like a place of fear of uncertainty.

Dozens of schools across the nation are planning walkouts on March 14. The walkouts act as peaceful protest calling for gun control reform.

In Colorado alone, hundreds of students at Poudre High School in Fort Collins walked out of school on Feb. 26 to show their support of stricter gun laws, and now other students in Colorado plan to do the same.

With 239 school shootings since 2014, including those on college campuses, resulting in 138 deaths; students are finally saying “enough is enough.”

All of these students’ acts should be commemorated, especially those with the message of bipartisanship to accomplish the task of common sense gun reform.

Kyle Kashuv, a 17-year-old survivor of the Marjory Stoneman Douglas shooting, has been meeting with senators and legislators on both sides of aisle, including Sen. Marco Rubio (R) and Sen. Chuck Schumer (D). Kashuv discussed gun safety proposals and the ReachOut app, which lets students struggling with emotional issues talk to others to get help.

Kashuv’s efforts should be applauded. More students, high school and college alike, should strive for his eloquent and civil way of speaking. Even though his conservative politics don’t align with everyone he meets with, he’s able to articulate his points fully.

The ReachOutApp is a tangible change to something that Florida police and the FBI admittedly failed to take charge of.

The 19-year-old shooter in Parkland, who has been charged with 17 counts of murder and 17 counts of premeditated murder, was a known problem before the shooting.

Police were called to the shooter’s house more than 50 times. His classmates all knew he was a problem growing up and was only allowed into school with a clear backpack. He was cleared by his mental healthcare worker.

The FBI was alerted about his threats to become a school shooter on two separate occasions, yet there was no follow-up investigation.

With Kashuv’s app, students may be able to feel more comfortable to prevent this from happening.

Other students from Stoneman Douglas should also be applauded for their efforts to bring change.

On Feb. 21, several students marched to Florida’s capitol on Feb. 21 to meet with state legislators and host a rally. Emma Gonzalez, an 18-year-old Stoneman Douglas survivor, made headlines in a passionate speech speaking out for gun reform on Feb. 17.

There are many more examples of this activism taking place, and whether students are marching, rallying, walking out or reaching out to their government representatives, one thing is for certain.

We are the generation that is ready for change and will do anything in our power to see change occur.

These students should be rallying to demand their government to follow-up on school-shooting threats, to support the current gun control laws by actually reporting people’s criminal history and to fortify schools with additional security measures so it won’t be so easy for the next school shooter to attack our children.

2018-03-13
Previous Post: Ent Center for the Arts an artistic feat, but details lack for students
Next Post: Upcoming culture events at UCCS, in Colorado Springs