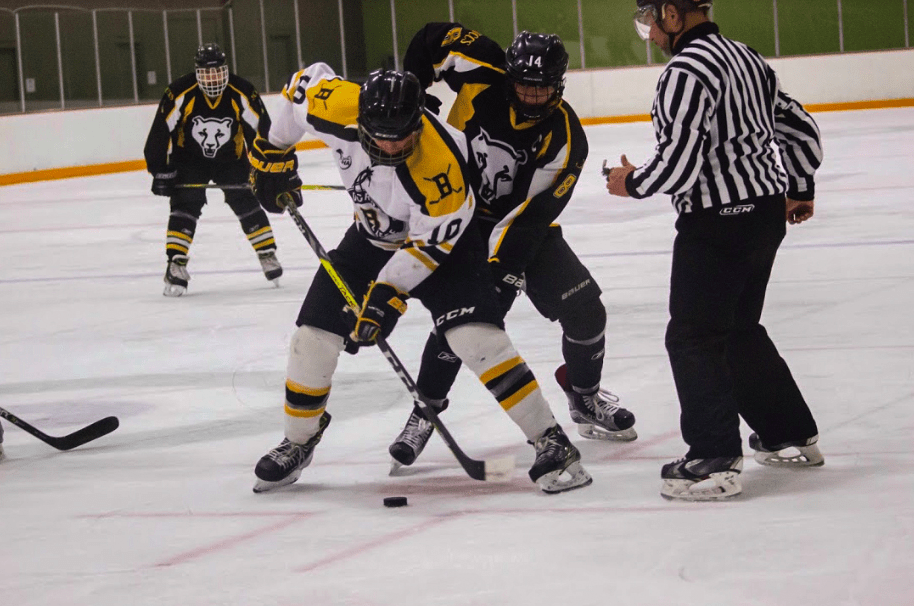 The last time we wrote about the UCCS Club Hockey team, hope for the team’s future was high, and included the prospect of the team becoming an NCAA Division-II team sometime in the future. According to UCCS Athletic Director Nathan Gibson, that goal will not happen any time soon.

“I will not hint about it,” Gibson said via email, “but there are no immediate or future plans to add a hockey program as a varsity, NCAA Sport in the Intercollegiate Athletic Department at UCCS.”

Those words run contrary to the hopes of Club Hockey Vice-President Jackson Appelquist, who was previously interviewed in October about the Club Hockey team and could not be reached for comment for this story.

At the time, Appelquist, a sophomore majoring in marketing at UCCS, said that he hoped to eventually transform the team into one that competes in intercollegiate competitions through the NCAA.

The issue, said Gibson, is not with the quality of the team or how seriously they are taken, but with a host of other hurdles that accompany the creation of a new NCAA program.

Promoting a club team to an NCAA team at UCCS is not entirely unheard of. It is what happened with the baseball team three years ago. And with the construction of the new Mountain Lion Park, the still-young program has shown recent signs of growth.

But according to Gibson, the creation of another new NCAA team comes with many obstacles. These include Title IX regulations, the current lack of facilities and monetary costs.

“Colorado College (CC) has a budget, as I have been able to research, for hockey that reaches over $3 Million annually,” said Gibson. He then added that $3 million is below the national average and does not include the cost of renting or building a facility, an additional expense that UCCS’ athletic department would have to incur.

“Although there are many factors/challenges in evaluating hockey, the significant cost is not something that the athletic department or campus is ready for,” said Gibson. “I believe maintaining the club status of the hockey team is the best fit for UCCS moving forward.”

Title IX, according to Gibson, is an issue not only for Club Hockey, but for the formation of any other new NCAA team. During a conversation last fall, Gibson explained that Title IX would also be an obstacle for UCCS’ club football team, if team leaders ever sought Division-II status.

As it stands, UCCS Club Hockey will maintain its club status, competing against other schools in the American College Hockey Association (ACHA). The team continues to practice Tuesday nights, and traveled to new Mexico the weekend of Jan. 25. According to the Gallogly Recreation and Wellness Center calendar of events, their next game is on Feb. 9, beginning at 9:40 p.m., at the Sertich Ice Center in Colorado Springs.