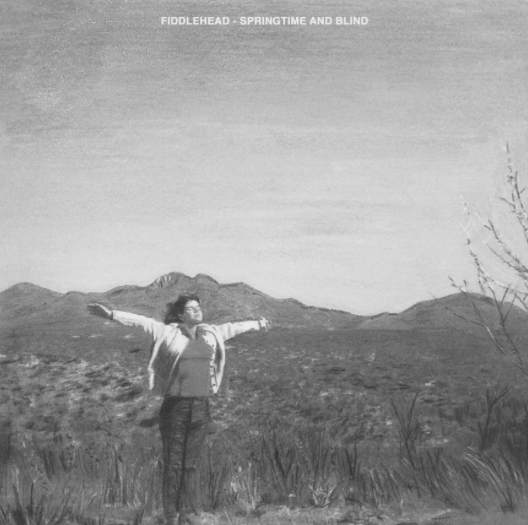 Fiddlehead’s “Springtime and Blind” fit for a 1995 grunge concert

It wasn’t too long ago when record stores were still a booming business, VHS players were a household item and post-rock music was inspiring bands everywhere. But we don’t have to live in nostalgia for these items — Fiddlehead is bringing the ‘90s feel back with “Springtime and Blind.”

Released by Run For Cover Records on April 13, “Springtime and Blind” discusses the passing of vocalist Patrick Flynn’s father from his parents’ perspectives.

Fiddlehead  makes a mash note to the emotionally charged music of bands such as Rites of Spring, Hum and Sunny Day Real Estate, which were established back in the late ‘90s.

Fiddlehead’s musical composition is like the making of a Frankenstein monster; that Fiddlehead created by grabbing bits and pieces of similar riffs and chord progressions from their various 90’s post-rock idols. Unfortunately, these mimicked notes are just about  the only highlights of this album.

Fiddlehead is composed of members from the band, Have Heart, including vocalist Patrick Flynn and drummer Shawn Costa, along with guitarist Alex Henery from the rock band, Basement.

This might be due to the fact that each member in Fiddlehead does not perform in the band full time, and they seem to have just created this group as a side project rather than as an escape from their other recent projects. It would seem that only Fiddlehead could have pulled off  because an album like “Springtime and Blind” couldn’t have been made by any other band.

A lyric booklet will be your only guide towards distinguishing the words Flynn screams in every other bar in this album. The lyrics are hidden under raspy screaming and creative word play, they clearly resemble Fiddlehead’s classic hardcore signature: honest and straight to the point.

Fiddlehead’s track “Lay Low,” is a song about how living on autopilot can be an easy way to live life. However, by the time you snap back to reality, the dread sets in when you realize just how much of life you missed by not living in the moment.

“Watch your friends go – see your hair grow black to grey in a day and see yourself old. Its too much for me I gotta lay low,” they sing.

The song “USMA” is about Flynn standing next to his father’s grave. It sums up the entire record.

A band can try to recreate the past all they want, but it’s the sonic elements of an album that no one has ever heard before that gets listeners hooked and taking a second listen.

Although Fiddlehead masters the nostalgic sounds of the ‘90s, that’s all this band proves itself to be: a post-rock 90’s revival band.