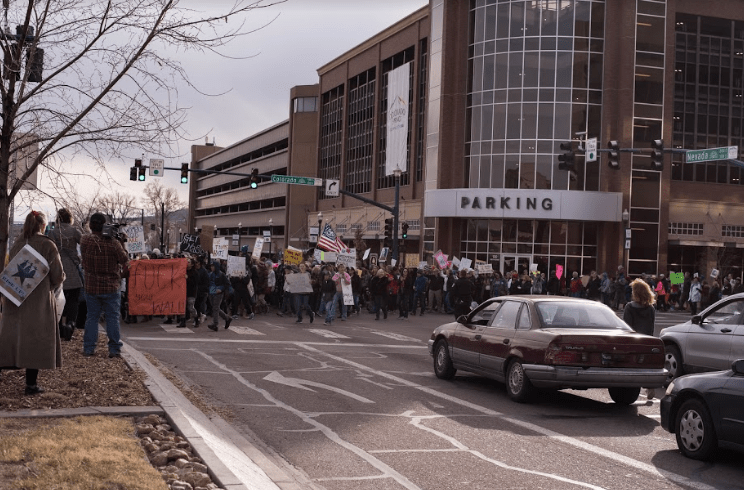 Get involved with your local legislature, enact change instead of protesting

People from all walks of life turned out to support human rights and equality on Jan. 21 in women’s marches across the world.

Over 100,000 people attended the Women’s March on Denver on Jan. 21, according to the Denver Post. In Washington D.C., 470,000 people turned out to support women’s rights on the same day, said the International Business Times.

It’s inspiring to see this sense of unity coming from our communities. In a time where the nation seems to feel more divided than ever, unity is important. This is especially so when we can band together without resorting to violence.

The protests goal was to show the government that we will fight for our rights if they threaten to take important services like Planned Parenthood, which serves 2.5 million women and men in the U.S., according to their website.

But we must do more than chant and hold signs if we want to see positive change coming from our new White House within the next four years.

Solidarity is powerful, but publicly attacking someone or their political policy only for the sake of expressing your disapproval achieves the opposite desired effect.

Everywhere we look, there seems to be a group opposing someone or something that they dislike.

Protesters who want to see real change need to be more creative, more proactive and more organized. While some are exercising their constitutional right to free speech, it seems that they may be causing more harm than good. You can’t just protest against something; if you want to make change, you need to come up with a plan to make it happen.

Making your voice heard is important, and protesting is one way to do that. But if we want to see actual, crucial change, we must get involved with our own legislature.

The first, and perhaps most important way to enact change is to vote. Everyone has the chance to make a difference in our country by choosing who they elect into office. But most people ignore this.

Even with an election as controversial as the 2016 general election, only about 54.6 percent of the voting population casted ballots.

If you decided not to vote, and you’re dissatisfied, it’s not too late to make your voice heard to lawmakers.

Write to people in office: Petitions, letters or anything else that get your opinions to your policymakers. Our representatives are there for us, and even if you don’t agree with their views, it’s important that your voice is heard by them all the same.

You can join an already-existing group, or start your own. Interest groups are what help push laws and bills through to the government, and if you can find other to add credibility and weight to your cause, it’s more likely to make a difference.

Where there’s a will, there’s a way. We can’t expect things to change just because we want to.

Get involved and care about your cause.

Disrupting peace does not make anyone support you. Solidarity, character, discussion and respect make people get behind your cause.

You can see change happen, but it will probably not come from an easy solution.