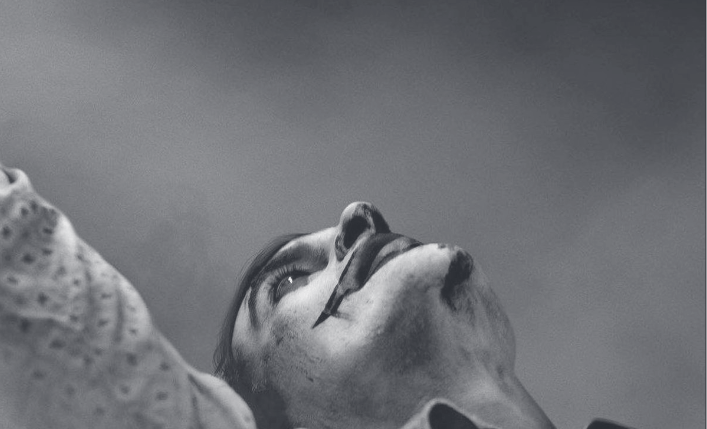 “Joker” Review: The making of a monster

By: Frank Carber
In: Features

With an air of struggle and frustration steeped into the tone of this film, “Joker” contrasts the seriousness of the subject matter with a pungent humor.

Arthur Fleck spends his days working as a clown in the economically neglected parts of Gotham. The setting is reminiscent of New York City in the 1970s. The system of contrast is made especially apparent by the wealthy statesman Thomas Wayne, who is running for city mayor with his subordination of the not-so-fortunate.

Arthurs performs as a clown for pay to care of his elderly mother, whose mental health has deteriorated over the years. As a daily ritual, his mother, Penny, who on the surface means no malice, chips away at his sense of sanity by making degrading comments and establishing an overall misunderstanding of his existence. Eventually Arthur falls into a nihilistic mindset where he abandons all hope for reciprocation from others that he has a reason to exist.

After being provoked on the Subway and murdering the three young men who worked for Mr. Wayne’s company, Arthur gains control for the first time in his life. At first this revelation brings him discomfort and remorse, but eventually, and with great turbulence, Arthur experiences a metamorphosis into the Joker. Arthur transforms from a dismissed member of society to a threat with nothing to lose and love but evoking extreme reactions from people – even if his actions bring others suffering.

Joaquin Phoenix portrays Arthur Fleck—which is no easy role—with great commitment and believability. He convinces the audience that he lives the life of an individual with a neurological condition that compels him to break out in laughter every time he experiences discomfort or a flood of strong feelings. This illness interrupts the character’s ability to carry on in life without being subject to severe rejection and avoidance from strangers; it is often that Arthur is not even afforded attention from others unless it is negative.

His mother, Penny Fleck, played by Frances Conroy, puts Arthur through a life of subtle abuse, for her memories are cemented in the past where she supposedly conceived Arthur with Thomas Wayne and her son’s existence is almost burdensome to her.

Arthur’s conditional insanity and instability, which he becomes cognizant of and eventually welcomes, gives him a form of invincibility in the city and power over others. After continual rejection, he eventually realizes that he is liberated from the chains of wanting to be accepted and leans into the darkness inside him that is bred from contempt, thus the birth of the Joker and the death of Arthur.

Despite the sometimes heavy-handed use of violence, director Todd Phillips gives us a case study of the making of a monster. Ultimately, “Joker” lives up to the maxim that hurt people hurt people.

The film has an overall sense of anarchistic ideals, but, despite conversations, there is not a blatant glorification of any societal or economic system. The story of Gotham is within the DC Universe and is reminiscence to real life through interpretation, not script.