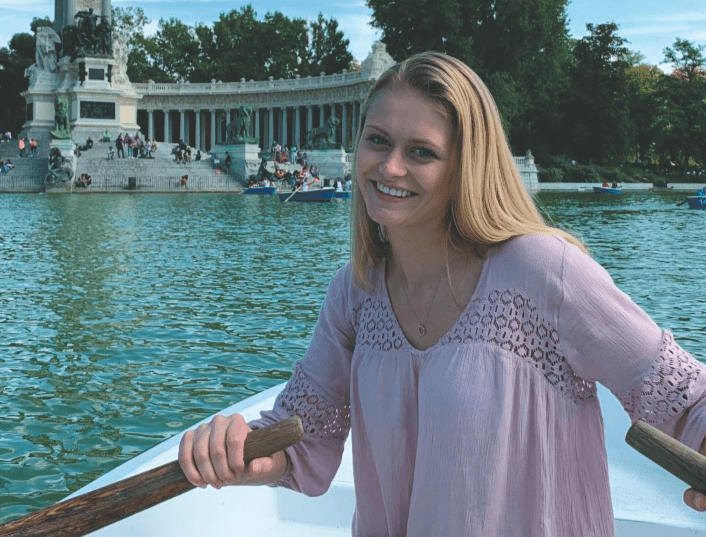 I have been abroad for just about a month now, and I have experienced and seen so much. I am studying abroad in Madrid, Spain for the fall 2019 semester. Studying abroad is an incredible opportunity, and I am excited to see what the next two months will bring.

I chose to study abroad with the American Institute for Foreign Study (AIFS), a program that organizes everything for your time abroad. They are also an affiliate with UCCS, so both work well together to make classes transfer back easily. AIFS helped me get my student visa, set up housing, classes and so much more. I was so surprised to realize how organized the program was right from the start, which makes everything run easily and smoothly.

Having never been to Europe before, I was very nervous and did not know what to expect. I did not know anyone going and only knew that my resident director would be at the airport to pick me up. The first few days were a blur because of the time difference and so much going on. Meeting new roommates, placement testing for classes, class selection and learning how to get around my new campus all were happening on top of living in a brand new city.

Now that it has been a month, my roommates and I have gotten close already, and we are constantly staying busy. Almost every weekend of my semester is planned out with amazing trips and some excursions hosted by my program to cities around Spain. Traveling all around Europe is proving to be super easy and relatively inexpensive.

The academic aspect of my time abroad has been very interesting and different than I expected. I am minoring in Spanish, so three out of my five classes are taught completely in Spanish. This has been a little more difficult than I imagined because it is definitely easier to zone out when the professor is not talking in my native language at all. I have to try harder to focus and pick out key words and phrases. The good news to this is that a lot of students in my classes feel the same way, and by the end of the semester, our understanding will hopefully have increased immensely. My classes taught in English are very interesting, and being abroad during Brexit is very exciting, according to my European Union professor.

The process to study abroad is very long with lots of applications, paperwork and fees, but in the end, it is totally worth it. My classes are just with other students studying abroad, so mostly Americans from all around the country and some other students from other parts of the world.

I am able to compare life in Europe and the way things are done to back home in America, and I think that will help my overall perspective of the world to grow and change. As I have spent more time using the metro system and living in the Spanish culture, I have learned how different Americans are compared to Europeans. We tend to talk louder on the metro and behave in different ways. The Spanish always dress to impress and are not in as big of a rush as I am used to.

It is interesting to see American Netflix shows advertised on billboards and constantly hear American music on the radio. I have started to realize how big and influential our entertainment industry is throughout the whole world. Everyone knows about American politics and keeps up with things happening in the U.S. These are all surprises I would not have expected before arriving here.

I am really enjoying living life in Madrid and adapting to a new culture. Everything seems to be shifted three hours or so later than in the U.S., making for later nights and later mornings. Lunch tends to be around 2:30 p.m., while dinner is usually around 9 p.m.

Having never lived in a large city before, Madrid is so nice and offers some similarities to Colorado. The weather seems to be very sunny and a little warmer than CO. There are mountains surrounding the city, and I hear my friends saying how they have to keep using lotion because of how dry it is. I think Colorado is even more dry than here, so that has not been a problem yet. There are many beautiful parks and ways to escape the city life for some nature.

I am hoping to continue learning more about Spain and different European countries while focusing on classes and improving my Spanish. The first month has flown by so fast so I can only expect the next two months to go by just as quickly.