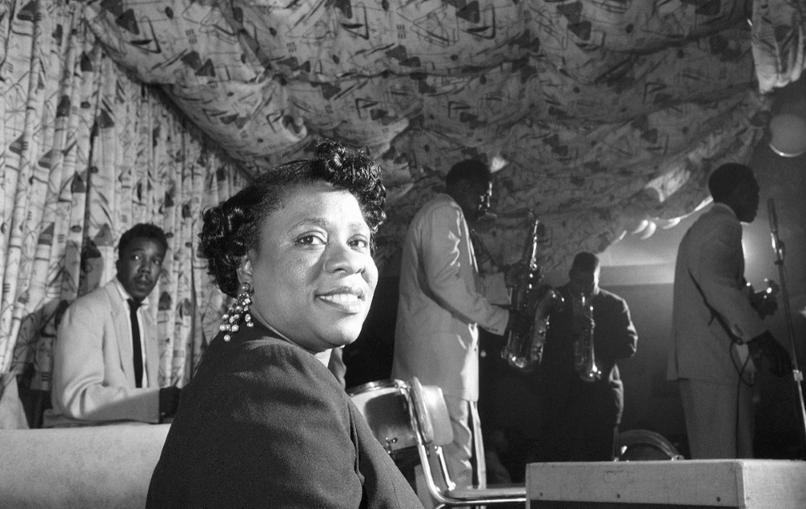 During the 1950s and 1960s, Colorado Springs was home to one of the most successful jazz clubs in the western United States.

The Cotton Club, located at 25 W. Colorado Ave, was a destination for performers like Billie Holiday, Etta James and Louis Armstrong.

The club provided a haven for Black artists during a time when other venues in the area, such as The Broadmoor and The Antlers Hotel, did not allow Black musicians to perform.

The Cotton Club was the brainchild of businesswoman Fannie Mae Duncan, one of the first African American women to own a business in Colorado Springs.

Duncan graduated from William J. Palmer High School in 1938. The granddaughter of slaves, she was the first in her family to receive a high school diploma.

Duncan could not afford to go to college, so after graduating high school, she worked several low-wage jobs that included working as a maid and working at an ice cream shop. Duncan was dissatisfied with the jobs that were available to her and decided to forge her own path.

In her early twenties, Duncan ran many businesses that included a soda fountain and a United Service Organization.

However, Duncan truly gained success as an entrepreneur when she opened The Cotton Club.

Duncan opened the club in 1948 with a vision to bring together people of all ethnicities, “the one place where blacks and mixed couples knew they could have a good ol’ time,” Duncan wrote in her memoir.

The club became a popular destination for people of all backgrounds. Duncan hung a sign in the window that read, “Everybody Welcome.”

“She welcomed everybody, and she truly believed in that,” former Cotton Club performer JJ Frazier recalled in a PBS documentary.

At the time, Colorado Springs implemented de facto racial segregation — segregation that is not legislated but enforced nonetheless. The Colorado Springs police pressured Duncan to shut down the club. However, Duncan refused to comply. The club was so popular among the community that the city allowed the club to stay open.

Duncan later opened up several other businesses in the area: a barbershop, a restaurant, a record store and a hotel.

Duncan used the wealth she accumulated from her businesses to give back to her community. She was known to pay the college tuition of young people who could not afford college. Duncan also funded medical research and donated the first iron lung to Colorado Springs.

Her success in Colorado Springs ended in the 1970s. By this time, urban renewal efforts by the city shut down many Black-owned businesses.

Urban renewal was a program implemented by the federal government to modernize old areas of cities. The program began after World War II when more cities were investing in new, white suburbs. Urban renewal resulted in the destruction of minority communities that were deemed “slums” by the government.

Duncan fought the city to keep her businesses open. However, through eminent domain, The Cotton Club and Duncan’s other businesses were forced to close their doors in 1975.

Duncan was devastated by the loss of her businesses. She eventually moved to Denver and dedicated the rest of her life to charity work. She passed away in 2005 at the age of 87.

Posthumously, she was inducted into the Colorado Women’s Hall of Fame.

In 2019, a statue of Duncan was erected in front of the Pikes Peak Center for the Performing Arts.

In February 2021, it was announced that The Cotton Club would be brought back to downtown Colorado Springs. The new club will be housed inside The Gold Room, a music venue located at 18 S. Nevada Ave.

The new club, inspired by Duncan’s love of jazz, is expected to open in June 2021.