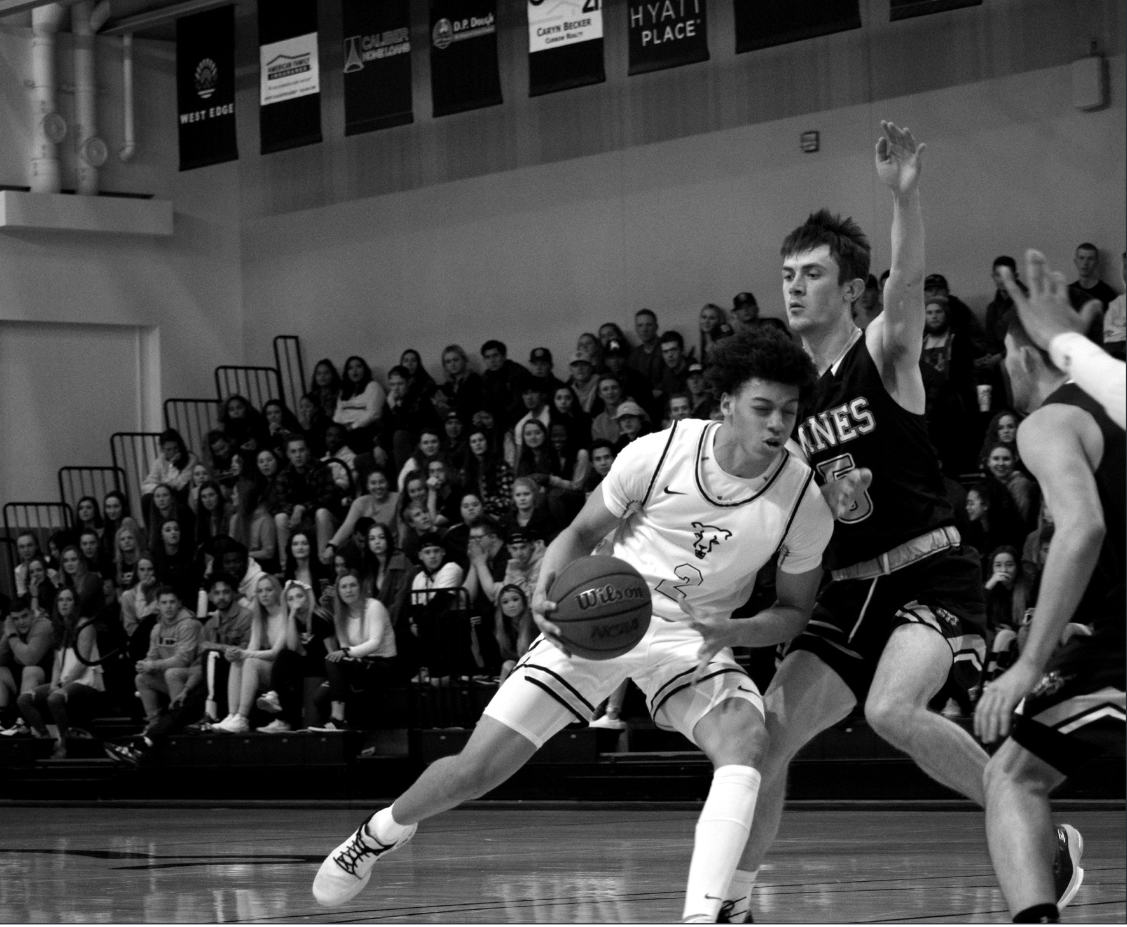 By: Luke Bennett
In: Uncategorized

The night began with a series of festivities for UCCS with Senior Night, but the smiles did not last long for the Mountain Lions as they fell 57-74 to Colorado School of Mines.

The first half was a back and forth affair, but Mines pulled ahead to a 12-point lead into the half. The Mountain Lions never led after the 4:22 mark in the first half.

The Mountain Lions shot only 29 percent behind the 3point line. The second half was not much better as their shooting woes continued, shooting 28 percent from behind the arc and 43 percent from the field overall.

Meanwhile, Mines shot 45 percent from behind the arc. Points from turnovers (22-14 CSM) was also a big part of Mines’ lead.

Freshman Alijah Comither from UCCS earned 14 points, shooting 6-for-7 from the field. UCCS’s trio of seniors — Padiet Wang, Blend Avdili and Ed Bourke — combined for 30 points, 12 rebounds and 4 blocks. Wang also passed Derrick White to become the UCCS all-time steals leader with 143 after his steal in the first half.

“It was tough getting to that point and once I got that steal, I knew it,” said Wang. “It’s a blessing that I can play this game and showcase my talent.”

“We are proud of all their accomplishments and what they have done for the team and for the university. They are great guys in the community and in the classroom,” said head coach Jeff Culver after the game about the three seniors.

With this loss, UCCS solidifies their standing as No. 5 seed in the RMAC standings. They will face off against Colorado Mesa University later today, March 3, in Grand Junction.

2020-03-30
Previous Post: Why we should consider celebrating St. Patrick’s Day sober
Next Post: Women’s basketball cap offseason with a win