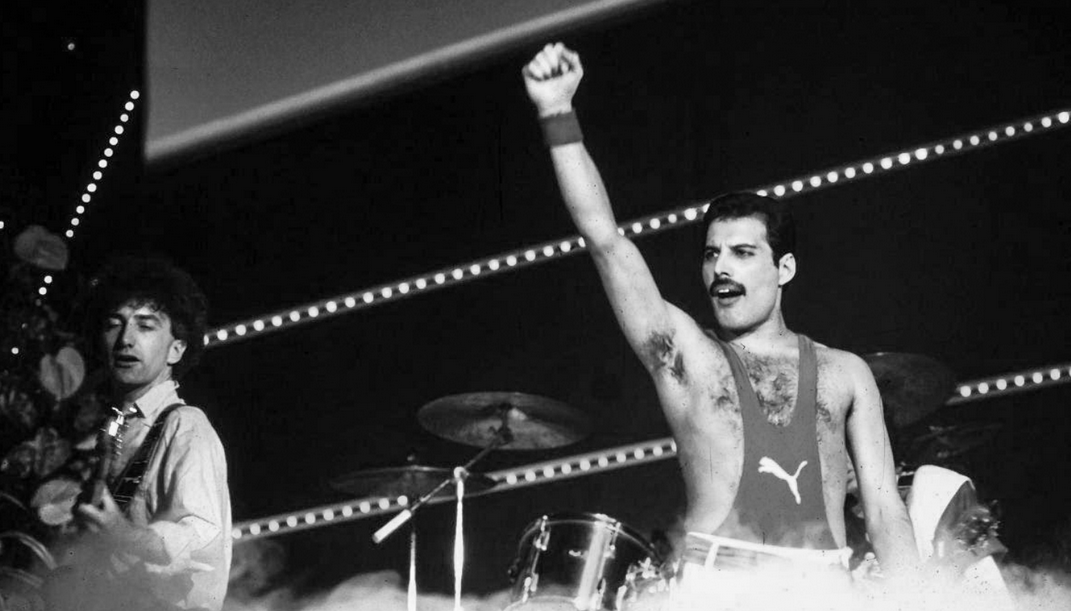 Mercury wanted it all, but “Bohemian Rhapsody” only wanted some of it

By: Travis Boren
In: Features

It is convenient, when telling someone’s story, to simplify the story to fit into a thematic mold. Success and its price, and the emotional struggle of demanding perfection from your art are strong themes with the capacity for great emotion, but they serve as an extreme oversimplification of the experiences of one of the most iconic rock stars of the 20th century.

“Bohemian Rhapsody” is an emotional movie full of musical delivery, but where it succeeds as a musical drama, it fails as a biopic because of the way the movie sanitizes the life of a notorious public figure and condenses his life into convenient themes for the purpose of storytelling.

The emotional journey follows Freddie Mercury (Rami Malek) as he struggles to prove his musical talent, then as Mercury struggles to find his creative niche and ultimately fail to deal with his sexuality as it alienates him from the woman he loves, but with music.

Following Mercury on this journey pulls at heartstrings in the best way, and it’s easy to identify with the lost child that we see the artist become as he desperately clings to the people around him while pushing them away through his attempts to cling.

The rest of the band — Brian May (Gwilym Lee), Roger Taylor (Ben Hardy) and John Deacon (Joseph Mazzello) — seem more like they are clinging to Mercury’s success until halfway through the movie when the writers and director show that the great musical success of Queen hinged as much on the instrumentals as it did on the flamboyant charm and voice of Mercury.

Minimizing the impact of May, Taylor and Deacon is far from the only way that the biopic seeks to reinterpret history, as it changes the dynamics of Mercury and Mary Austin’s (Lucy Boynton) relationship to better isolate the character of Mercury. At the same time that “Bohemian Rhapsody” rewrites interpersonal relationships, it sanitizes the party lifestyle of the band.

Mercury’s drug use and sexual exploits were well reported on during his lifetime, and while the movie never tries to hide either, it never really shows how far Mercury fell into a hole of hedonistic pursuit. The closest the movie comes to touching on Mercury’s drug use is a stressful interview where he’s pestered by his sexuality using visual imagery that either suggests he was tortured by his sexuality — which seems unlikely when compared to biographies of Mercury — or that he’s under the influence of enough mind-altering substances to cause a paranoid hallucination.

The musicality of “Bohemian Rhapsody” lends most of the beauty to the film. Queen’s music is full of vigor, most of it with a message that purposefully spits in the face of propriety and authority. The music selection and production in the movie easily replicates those qualities.

The writers and director were not tone deaf to the contrarian personality that lies behind Queen’s music either, as the movie is linked perfectly to the personality when retelling the recording of Queen’s self-titled album that helped launch their success with a montage of silly, musical experimentation that also serves to thematically tie the rest of the movie to the personality of the music.

This film’s emotional journey is an intense experience that works because of the musical connection, and while it does a great job of capturing parts of who Freddie Mercury was, it fails as a biopic because of the way it distorts reality to put Mercury’s story into a marketable box.