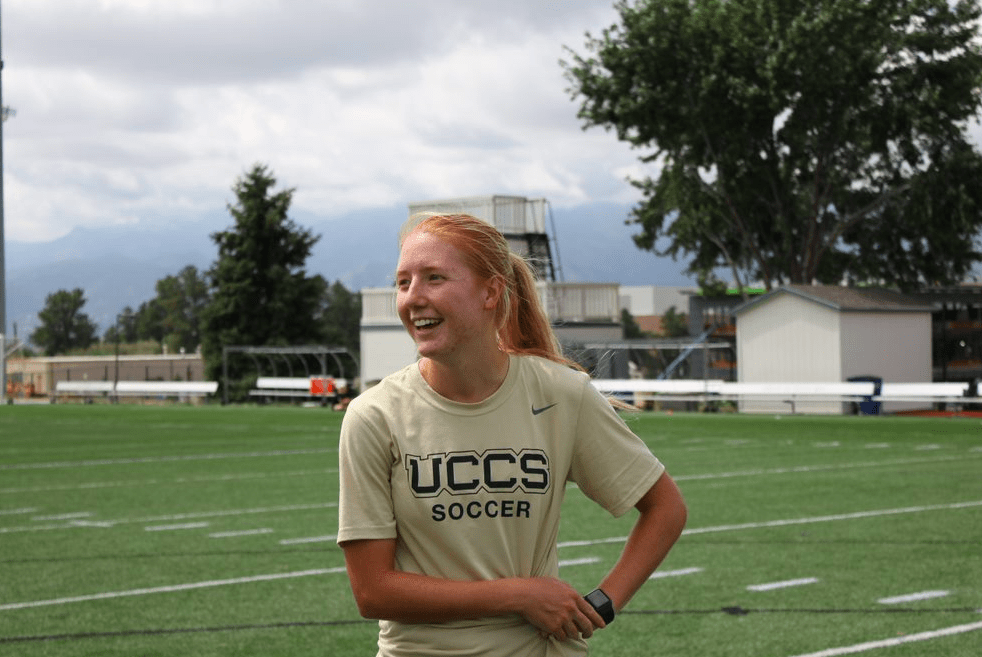 Muir, a senior, participated in two national Division II tournament appearance and one RMAC championship in her last two years at UCCS.

She saw her career reach a new level of success when she joined Pensacola FC for the summer, one of over 100 teams in the Women’s Premier Soccer League (WPSL), a semi-professional league, where she participated in a national championship win.

With the help of UCCS head coach Sian Hudson, Muir said she is looking at potential professional clubs to play for in Europe, hoping to take her career as high as she can.

Muir said she joined Pensacola FC in early May, right before the spring semester finals, and played in nine for their defensive line until the end of their season in late July. She said her experience was exciting, rare and a moment to cherish — a national championship win, capping off a perfect 12-0 season, during which they outscored their opponents 53 to four.

“To be able to play for a national championship makes you love and cherish these moments as you move forward in your career,” Muir said in an online statement. She then added that her time with Pensacola FC has helped prepare her to lead UCCS during her fourth and final season with the Mountain Lions.

Pensacola FC is ranked near the top of the WPSL’s world standings. In five of the last seven years, the team has placed as a league finalist, with this year marking their third consecutive trip to the national championship.

“Obviously, she’s had a great three years so far,” said Hudson, adding that it will be exciting to see how Muir performs this year and in the future. Eventually, she said, the goal is to find an agent for Muir, and to enter negotiations with European teams that are looking to take on new players.

The seasons for each country’s professional team varies, Hudson added, so timing will be a key factor when considering what teams will be looked at and where Muir might end up when the process is all said and done.

Muir said that soccer has “always been what [she’s] done,” and that it has been a good way to go day to day and “let go of any problems that arise” in everyday life. What makes it exciting, she said, is that “every year, you get a new group of girls,” and you get to know them and play and learn alongside them.

For now, Muir will continue in her position as a defender for UCCS before graduating in May 2020. Coming from three years of college experience, predicated by high school and elite club play and the recent addition of her time with Pensacola FC Muir offered a few words for those coming up behind her, who will inevitably replace her in the senior ranks of the team.

She said that younger players should value their time at UCCS and focus on giving back to their school and their community. The team places a high emphasis on community service and outreach. Muir said the players should take this to heart as they progress in life and not forget the place where they come from.