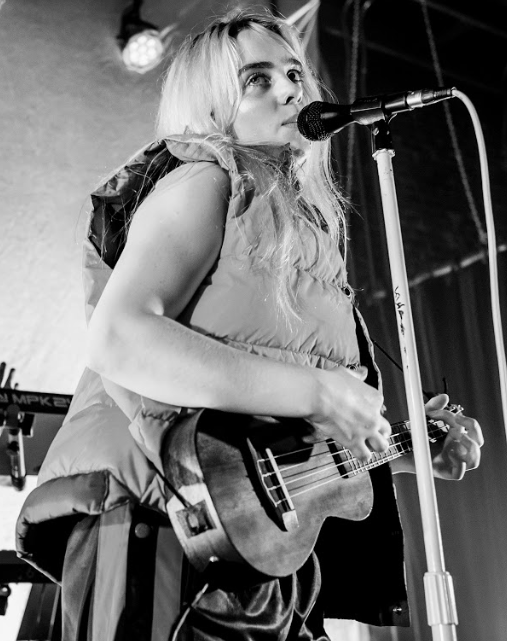 By: Zachary Engelman
In: Features

Last year was a great year for music videos. The cultural dominance of YouTube has motivated artists to work hard at making there videos go viral. Childish Gambino, won best music video of the year with his video “This Is America.” The video became an internet sensation that in many ways shaped the artistic landscape for music videos in 2018.

This year has started with an avalanche of inspired music videos that are no doubt seeking the internet spotlight. Here are five videos that have already made an impact this year.

“break up with your girlfriend, i’m bored” by Ariana Grande

Ariana Grande’s new album “Thank U, Next” dropped on Feb. 8 and featured several new hit music videos. The song “break up with your girlfriend, i’m bored” follows a story that has a clever twist at the end. Grande’s charisma and good looks carried this video well past 70 million views just a few weeks after release.

The drum and bass feel give this pop song an electronic-dance feel. The video and song are playful and cute and are a good fit on most party playlists. However, the lyrics and message are kind of immature, so this one is not one you want to spend a lot of time with.

Glover’s “This is America” was applauded for its artistic and symbolic approach of highlighting political issues. “Preach” is not that kind of video.

This one takes a more brash and obvious approach, resulting is an emotional song with an emotional video. The video is full of political potency and expresses frustration with issues that we are bombarded with every day in the news. John Legend’s voice evokes an almost spiritual reverence that emphasises the importance of these issues. The imagery can come off as a little cliche in an era of entertainment where everyone always has a political message to shove down your throat. Despite this pandering tone, the power of this song is undeniable. This video is not one you want to play at parties, but it is great to sing along to. Add this to a mood playlist or put it on with a few close friends.

“Two Months” by John The Blind

A theatrical style makes “Two Months” by John The Blind captivating. The viewer is drawn into a story that they can actually invest in, and the song has a sense of anticipation to it that the video captures nicely.

This video also features a subtle lighting change that helps the mood change that occurs later in the video.

Despite its low budget and repetitiveness, this video should be appreciated for its attempt at a cinematic style.

This video stands out as an artistic experiment in a year filling up with generic pop. The imagery is striking; everything from explosions to skateboards entrance the viewer and draw them into the soundscape. The energy of this song will make any party explode when this video comes up. The video is not for the easy listener though, so save this for the appropriate setting.

“Bury a Friend” by Billie Eilish

Billie Eilish has become experienced at the art of making creepy music videos. Last year, she used spiders to make our skin crawl. This year, she is at it again with this uncomfortable video, which has been said to be the best music video so far this year.

Eilish’s whispered voice makes the imagery of her black eyes watching someone sleep all the more chilling. The thumping and knocking baseline sounds like something terrifying is approaching down a narrow hallway, and the video enforces this feeling. The chorus breaks in with a discordant harmony that is exciting and unnerving. Eilish also peppers in poetic lyrics that take more than one listen to absorb fully. The song is exciting enough to play in a group setting and interesting enough to listen to alone.