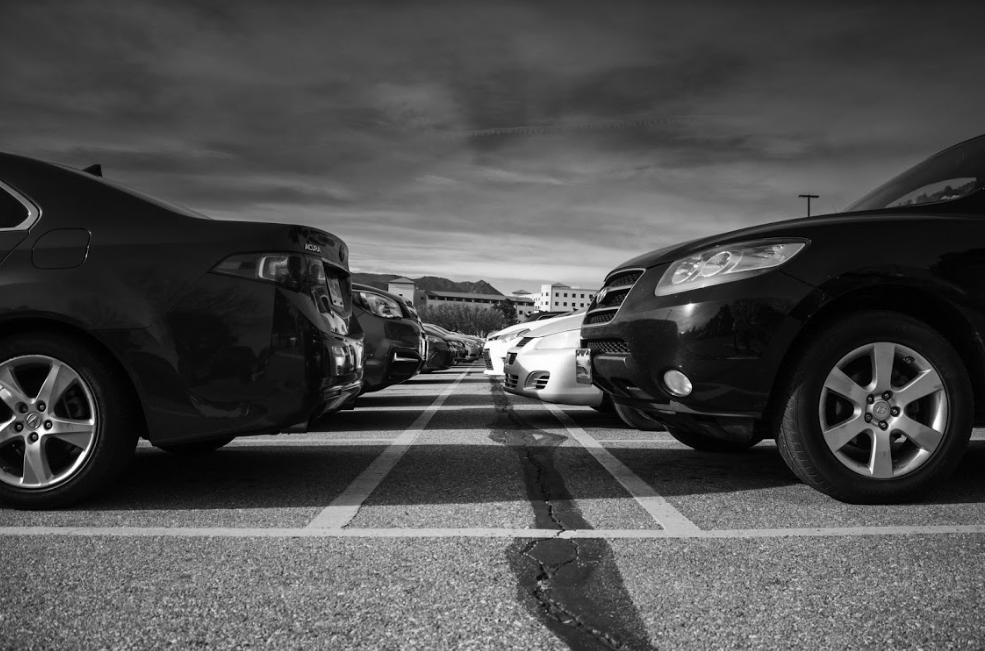 Students no longer have to visit Parking and Transportation Services to pick up their parking passes as classes start up.

UCCS fully implemented a license plate recognition system this semester. This means that students, faculty and staff will no longer be issued physical parking permits.

Instead of sticking a parking cling to their windshield or hanging a tag on their rearview mirror, LPR will scan students’ license plates to ensure they have a permit to park. Students, faculty and staff could register for a pass online through the Parking Portal.

Parking and Transportation Services adopted LPR through the company T2. LPR uses specialized computer software connected to a camera that is attached to a parking enforcement vehicle.

The system scans license plates as the vehicle drives through the parking lot. When an unauthorized plate is discovered, the system notifies the parking staff and they deliver a ticket.

“It’s a super efficient system in terms of the camera reading the plate and telling us the violation. It takes more time to get out of the car and write the parking ticket,” said Jim Spice, executive director of Parking and Transportation.

Students and staff may include up to five different vehicles at any time on their permit; however, only one vehicle is allowed to park in the permit lots at a time.

If a student needs to drive a rental car to school or add or drop a vehicle, it is possible to change vehicles attached to a permit any time during the semester.

The process of switching over to the electronic system began in spring 2017. Parking Services continued to require physical permits while they worked out bugs in the system.

“We had already purchased the permits for the fall all the way through this semester, as well as summer semester coming up with not knowing if we were going to be successful. We had the redundant system because weren’t ready by the beginning of fall semester,” said Spice.

“We became fully dependent on LPR in early November of this last semester, and that’s why in the spring, we decided to go completely permitless.”

Permits purchased by students, faculty and staff funded the upgrade to LPR, according to Spice. The school will save $10,000 a year by omitting physical permits.

The new system aims to make purchasing a permit easier by moving the process completely online. Tickets can also be paid online; however, the parking office is still open for those who would like to do their parking business in person.

Other campuses in the CU system use LPR alongside UCCS, according to Spice.

Parking Services has been working out other issues in the system, including an issue last month with resident parking permits.

The permits were incorrectly set to expire in December, leaving students wondering if they needed to renew their permits for the spring semester. According to Spice, the issue has been resolved.

Matt Broderick, parking manager, explained that bugs are a normal part of implementing a new system.

“There’s always bugs in the system. Sometimes it’s human error,” said Broderick. “Just like how the new system is a learning curve for students, it’s also our learning curve.”

If a problem is encountered with the new parking permit system, students and faculty are encouraged to reach out to Parking and Transportation Services.

“If you believe that there is an issue with your ticket, come talk to us,” said Broderick.

Senior nursing major Julia Buckingham, parking employee, is glad that the school made the switch.

“I like the new system better because I carpool with a couple of my classmates, and it was hard to remember to grab the permit when we switched vehicles. With the license plate as the permit it is so much easier than trying to remember a placard,” said Buckingham.

People have still been coming into the parking office to pick up their permits. Buckingham believes that this is because people are not used to the system yet.

“I think people are worried that that they still need a placard. They don’t want to get a ticket, which I can understand,” said Buckingham.

Parking Services is located in Gateway Hall, next to the Gateway parking garage. For more information on Parking and Transportation, visit uccs.edu/pts/.