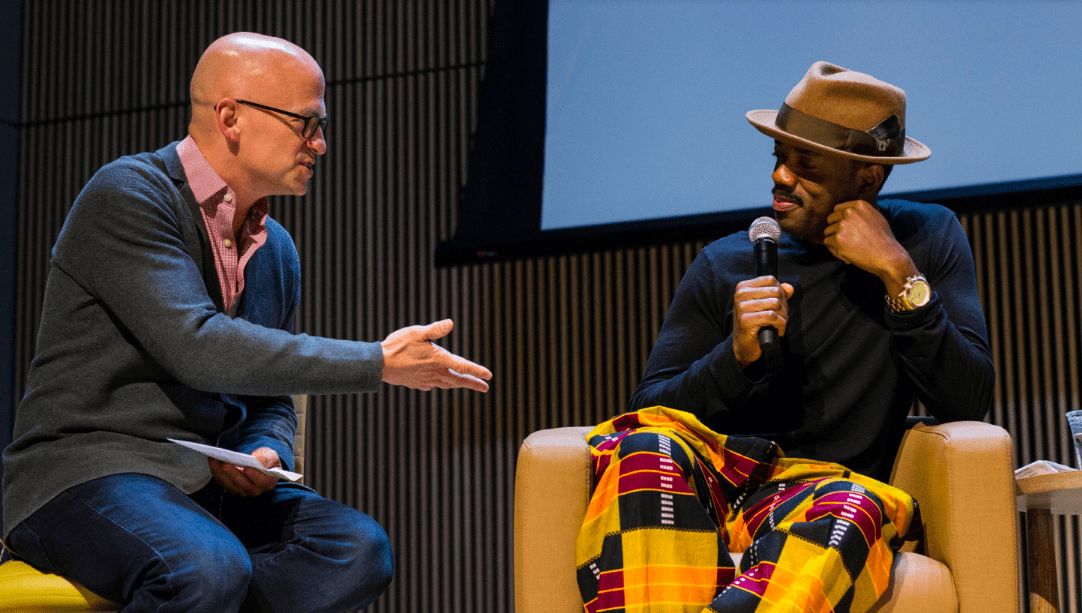 By: Devon Williams
In: News

The Prologue series event held on Sept. 30 in context with Raisin in the Sun covered issues of gentrification and affordable housing in Colorado moderated by Kevin Landis in collaboration with the Governor’s Office at the Dusty Loo Bon Vivant Theater .

Prologue is a series of lectures along with Town Hall events consisting of hands-on workshops, discussions, and performances. It is sponsored by the Chancellor’s Office, Theatreworks, the Department of Visual and Performing Arts, and the College of Letters, Arts and Sciences.

Landis, the moderator of the panel, is an associate professor and director for the Theater and Dance Program in the Department of Visual and Performing Arts.

“The challenge that states have and the creative districts had is once you’ve established quote unquote creative district, once money moves in, there’s an influx of money, there’s a flexible building and then sometimes the negative effect is that those artists who created that wonderful space are priced out because they don’t have the money to actually live there anymore,” said Landis. “So this is what a lot of states are doing to try to figure out how to alleviate that problem.”

Landis said that one of the things that’s important to the Governor John Hickenlooper and other organizations is to create tax subsidies for developers who create housing for artists  to reduce costs.

The discussion from the panel focused on the housing crisis in Colorado and the want of creative districts in cities and towns.

Part of the panel addressed how to make an art district that encourages cultural diversity while making sure that artists are not priced out of their own district.

Art districts are already in the works in some places in Colorado.

“You create mixed use spaces, there’s a company in Denver that’s doing this called Cleo Parker Robinson Dance,” said Landis. “They’re building, for example, a new dance studio that included in the construction of the building, affordable housing for the dancers who will be using the studio.”

The play “A Raisin in the Sun” is currently playing in the Dusty Loo Bon Vivant Theater  at the Ent Center for the Arts until Oct. 21.

“[‘A Raisin in the Sun’] deals with racism, it deals with gentrification,” said Landis. “It deals with people being priced out of neighborhoods. This case, an African American family. So we used that, the topic of that play as a platform to talk about housing in Colorado, especially making it relate to the arts.”