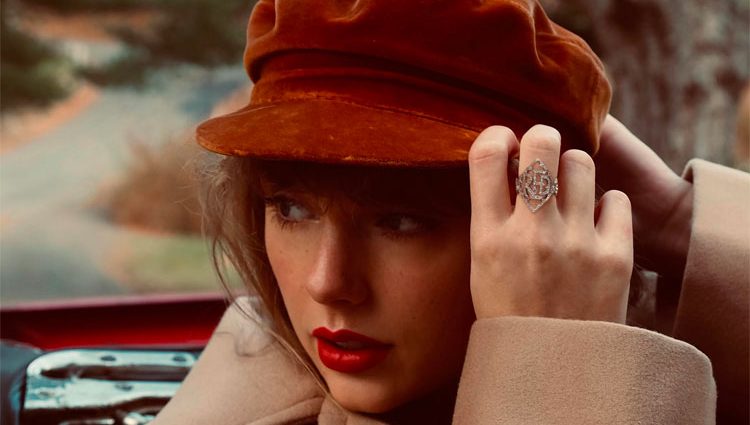 Review: Make sure you have tissues ready for ‘Red (Taylor’s Version)’

By: Megan Moen
In: Features, Music

Unless you are 85 or live off the grid, you have probably heard about Taylor Swift’s latest album release, “Red (Taylor’s Version),” and how she has once again taken the media and the music industry by storm.

If you are still questioning why this album is worth listening to, this is your sign to give it a try. Grab some popcorn, a box of tissues and a nice corner to sob in, because this album is a rollercoaster.

Swift’s motives for rereleasing her older albums center around gaining back rights to her earlier songs, which belong to her old manager, Scooter Braun. By rerecording these beloved albums, Swift has managed to kill two birds with one stone: She has regained her rights to her songs while bringing back old gems to her fans in a new way.

“Red (Taylor’s Version)” includes all of the classic songs from her original 2012 album, such as “Trouble” and “22,” as well as never-before-heard songs “from the vault” that were cut from the original album. Among the new songs, “I Bet You Think About Me” and “Message In A Bottle” are two that are rapidly gaining popularity among Swift fans.

Corresponding with her album release, Swift gave her fans a short film of the 10-minute version of “All Too Well” featuring Sadie Sink and Dylan O’Brien, which many people have deduced is about her three-month relationship with Jake Gyllenhaal. After these two releases, it is an understatement to say that Taylor has been the talk of the internet.

Before jumping into this version of “All Too Well” (which is hands-down the most gut-wrenching song on this album), I want to first address the emotions I felt through the entirety of the album.

It started out strong with some upbeat tracks, such as “State of Grace.” Though I never listened to it religiously before the rerelease, it is now one of my top tracks from the album, along with “Holy Ground” and “The Lucky One.” When listening to Swift’s rerecorded versions of “Red” and “22,” I was ecstatic to hear how she has evolved these iconic bops that I would play on repeat when I was 10.

I enjoyed every song on this album, but I absolutely fell in love with the 10-minute version of “All Too Well.” I didn’t even expect to be patient enough to get through the whole song in one sitting, but here we are, about a week later, and this song is still stuck in my head.

I have never felt so passionately about the meaning of a song before this, and Taylor was gracious enough to include (and direct) that short film for this absolute masterpiece of a song. Fair warning: If you have experienced heartbreak, or if you tend to cry easily, make sure you are readily prepared with tissues because this song might wreck you.

How does a singer/songwriter rerelease beloved decade-old songs and somehow manage to make them more popular the second time around? Say what you will about Miss Swift, but nobody can deny her brilliant marketing, nor can they deny her utter talent for singing/songwriting.

There is something seriously satisfying about getting to hear these songs I loved so much as a kid rerecorded and being able to hear how much Swift’s voice has matured. It’s like seeing an old friend for the first time in 10 years and remembering the old times together.

I believe this is a major reason why these rereleased albums are making so many headlines and practically breaking the internet.

I suppose if I haven’t convinced you to give “Red (Taylor’s Version)” a try, I’ll have to convince you after the next album release. For now, though, I’ll stick to playing “All Too Well” on repeat for the next couple of weeks.