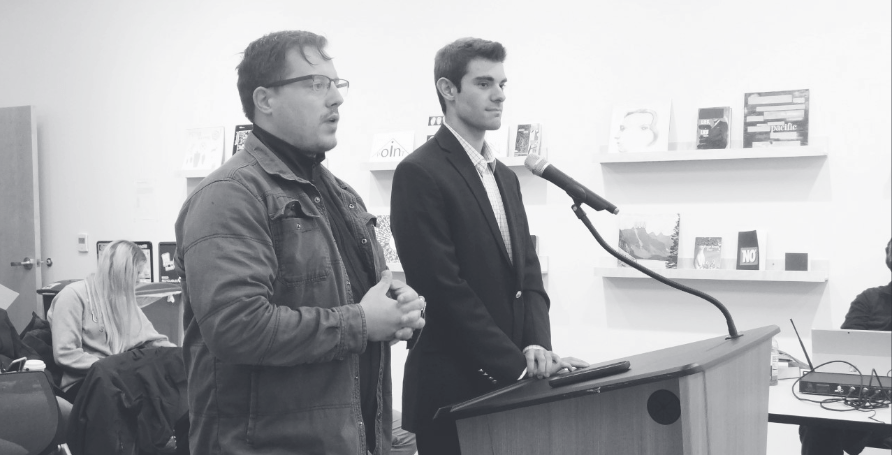 The Student Government Association (SGA) senate met in the Ent Center for the Arts on Oct. 10 where they approved five bills, and amended a motion from the previous week to create an Inflation Fee Committee.

The senators continued discussion on SB-05, which was tabled from their Oct. 3 meeting. The bill requested money for the Global Medical Brigades to give a $250 travel stipend to the 40 planned members for their trip to Panama in June 2020.

“We need to be fiscally responsible,” said Senator-at-Large Cassandra Pontillo. “We need to remember that there was a time that Global Medical Brigades functioned without the Carryforward fund.”

Senior Mark Magacapal presented the SB-07 bill, which requested $1,500 to assist with travel costs to send six members of UCCS Club Tennis to a tournament in North Carolina.

Macapagal used the success of the recent home tournament that welcomed 28 national teams to Colorado Springs to support the travel request.

“We wouldn’t be able to be the club we are today without what you guys do,” Macapagal said.

During last week’s senate meeting on Oct. 3, the senate voted to appoint an inflation fee committee to advise SGA on budget changes caused by reduced enrollment at UCCS. This week, the senate amended the motion to include the Senator of LAS as the chair of the committee and to include Sabrina Wienholtz, director of Student Clubs, Organizations and Leadership, to serve as a non-voting member responsible for all administration duties.

The SB-09 carry forward replenishment bill reclaimed $13,000 which was allotted last year for a piece of software that was not being spent in accordance with the student activity fee.

The SB-10 bill requested $1,300 for an event supporting Indigenous People’s Day that will take place on campus on Oct. 14 from 7 to 9 p.m. The funding will promote awareness and helps to promote cultural diversity by rewriting the narrative of Columbus Day. The event celebrates resistance and not conquest.