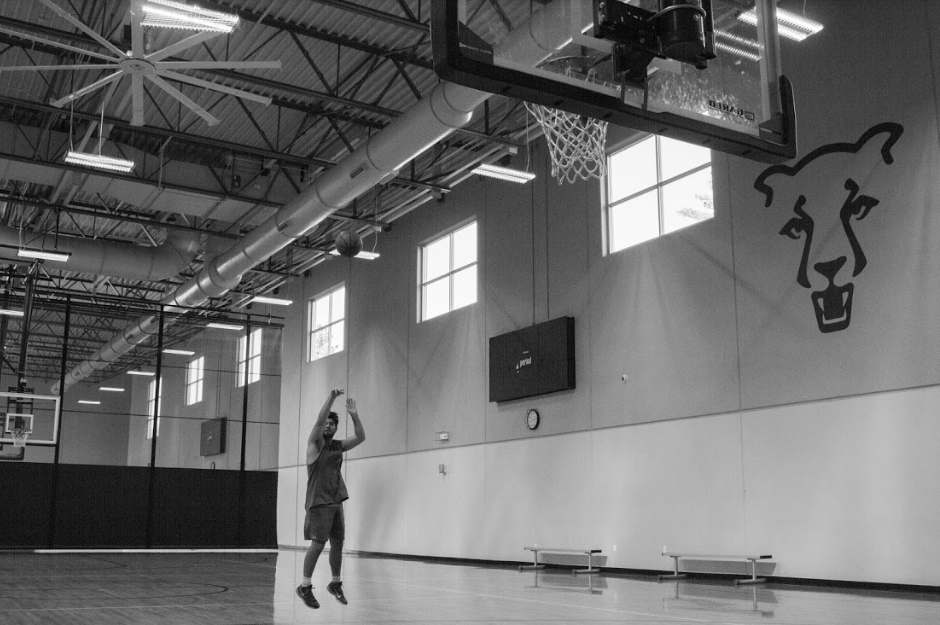 By: Quinita Thomas
In: Sports & Recreation

On March 15, the UCCS Men’s Club Basketball team will head for Lincoln Nebraska to participate in a tournament. This is their third tournament this year, with the first being a one-day event in Greeley on Oct. 27, and will be the team’s second time playing in Nebraska. There, they will face off against multiple university club teams from across the country.

The Boulder tournament employed a roster of nine players, whereas the Nebraska tournament will only take eight.

Gage Dean is a sophomore studying biology at UCCS, and is both the the president of Men’s Club Basketball team and one of its original founders..

This year is the team’s second year of as a club, since it was founded when Dean was a freshman. Dean said that year was when he spoke with representatives of the Gallogly Recreation and Wellness center and was told that a men’s club basketball team did not exist at UCCS.

“I played all throughout high school,” Dean said, “and wanted to keep playing, so I talked to some people and got the club going.”

Since then, the team has participated in three tournaments, with practices happening two to three times a week. This semester, practices occur on Tuesdays and Thursdays on Court A of the recreation center from 7 – 9 p.m.

According to Dean, the entry fee for the regional tournament is $250 per team.

The Nebraska tournament will last for three days, with gameplay beginning on day two (Saturday, March 16). On the first day (Friday, March 15), all team captains will attend a meeting. On the second day, teams are split into pools, or groups of three, and two or three games of pool play occur.

Dean said, “The best teams from each pool will then go on to playoffs later that evening. The playoffs will continue into the third day.”

The winning team will have their fee paid for in the National Club Basketball Tournament, happening in April in Wichita, Kansas.

“We’re participating in the tournament to better our chances to play at Nationals,” said Dean.

This tournament and the one at CU Boulder are part of the National Intramural Recreational Sports Association (NIRSA), an organization that is nationally recognized for club and intramural sports. NIRSA was created in 1950, and consists of a network of colleges and students within six U.S. regions and Canada. Colorado is in region five of the U.S.

Dean says that he had to apply for funding through the Student Government Association (SGA). The funding is being used to reserve university motor pool as well as hotels.

“I hope that the club will continue to grow so that more people have a chance to play,” said Dean. “The club is open to all majors of all standings.”

2019-03-05
Previous Post: New and improved happiness clinics coming to the rec center
Next Post: OP: Biology Lab should be worth more credits