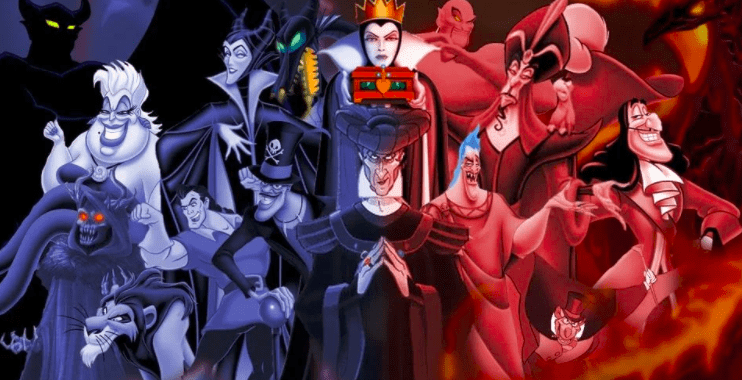 By: Scribe Staff
In: Life on the Bluffs

Loki. My reasoning is shallow and two words: Tom Hiddleston.

Kylo Ren! As someone who always wants to see the best in people, I find his redemption arc both satisfying and affirming.

Captain Hook because he’s fabulous and also because he hates Peter Pan as much as I do.

The Wicked Witch of the West is my favorite villain because The Wizard of Oz is one of my favorite movies and the Witch plays one of the biggest roles in the movie played the role well.

My favorite villain would probably be Draco Malfoy from the Harry Potter series. He was the first villain I sympathized with growing up, and I loved how snarky and sassy he was in the books and the movies. Plus I’ve always had a massive crush on Tom Felton, the actor who played him in the movies.

Jade Ellis | Opinion and Life on the Bluffs Editor

Robinhood because he redistributes wealth and helps others.

Ultron from Avengers: Age of Ultron scared me most when I was a little bit younger, specifically in the scene where he tears himself apart and reveals a new body in front of Natasha Romanoff (Black Widow). I don’t remember being that surprised while watching a movie, even while watching gruesome horror films.

Mine is more of an anti-hero rather than a villain, but Klaus from Vampire Diaries

Hans Landa from Inglorious Bastards. Because his character epitomized evil and Christoph Waltz did an amazing job replicating that

My favorite villain is Lore from Star Trek: The Next Generation. He is always one step ahead and is one of those villains who is able to give the heroes a run for their money.

Ursula is my favorite villain because she is sassy, fabulous, and a great swimmer!

Light Yagami because he is the main character of “Death Note.” He doesn’t start out quite as a villain but as time goes on you see him start to lose his humanity and blur the lines between good and evil.

My favorite villain is Grendel’s mother in the Old English poem “Beowulf.”

Moriarty from the Sherlock TV show. He strikes a perfect balance between charming and absolutely insane.