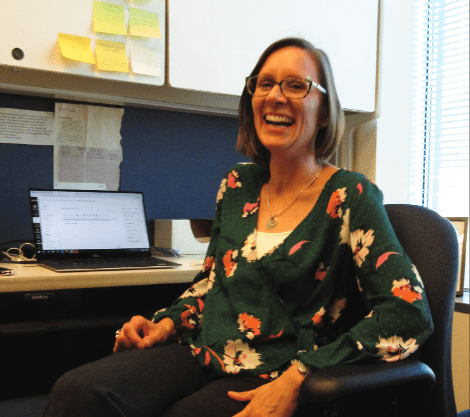 By: Israel Wheatly
In: Features, Uncategorized

The original deadline for submission was Feb. 1, but has since changed to Feb. 8. Students are allowed up to five submissions, and text submissions are suggested to be around 15 pages.

UCCS’ student-run literary and arts journal riverrun is accepting submissions until Feb. 8. The journal is to be released in May.

The journal, which has been published at UCCS for over 40 years, provides students with a platform to showcase original visual and literary arts such as poetry, photography and painting. Kirsten Ortega, instructor of the riverrun course, acts as an advisor to the students in charge as well as an instructor of academic content for the students.

The title itself is a reference to the James Joyce’s “Finnegan’s Wake,” which, according to Ortega’s syllabus for the course, reinvents the English language and “represents the paradoxical necessities to merge differences and to keep changing,” hence the stylistic choice not to capitalize the title.

While the publication began as a student club, it recently changed its status to be an official course offered in the department of English. According to Ortega, “This is the fifth year that it’s being produced as an editorial class.” Students in the class serve as the editing board to the journal, with four students elected into leadership roles on Feb. 30.

Apart from the editor-in-chief, design editor and social media/online editors, the rest of the class body form committees based on the publication’s timeline and genres. “There’s a selection committee for fiction, non-fiction, poetry and what we have sometimes just called ‘art,’” said Ortega. A recent change in the journal has been to specify visual art as opposed to art, given that literary publications can also be considered art.

The journal last year established an online space, which will soon be able to host works of visual art captured through video, such as dance and other performances. “Every year, [the students] have a great hope that the online space will make it possible to create that category where people submit videos,” Ortega said.

Ortega highly suggests students submit their works, as she finds student platforms to be of the utmost importance, and that there are students from all over the campus that have hidden talents waiting to be revealed.

The original deadline for submission was Feb. 1, but has since changed to Feb. 8. Students are allowed up to five submissions, and text submissions are suggested to be around 15 pages.