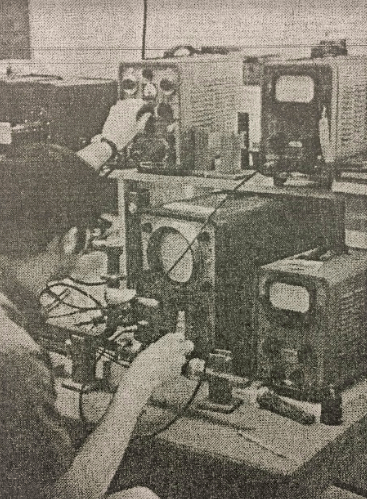 Technology affects the modern, past student in aiding with classwork

By: Daryn Vlad
In: Culture

Gone are the days where all you needed was a pencil and a piece of paper to go to class.

These days, it seems nearly impossible to do well in college without a $1,500 computer with plenty of storage capacity and the latest versions of every Microsoft Office program.

Today, many professors rely on websites, videos, online readings and other online sources to teach the required material for their classes.

Sophomore marketing major Grayson Brasier said he brings multiple items to class, including his laptop, notebook, a pen, his cell phone and a pair of headphones.

According to Brasier, he couldn’t succeed in college without a computer as some of his courses, like many students, require expensive programs not covered by tuition or fees.

For one of his classes, Brasier was required to purchase a $200 program.

“I didn’t want to pay for it, and wouldn’t work on my old computer, so I had to go to the computer lab every day to use it,” he said.

Edward McBride, instructor in mechanical and aerospace engineering, earned his doctorate in 1973 and had a much different college experience than most students do today.

According to McBride, students who wanted to take notes simply brought a pen and a piece of paper to class, and professors only used textbooks, as opposed to technological add-ons like cameras and computers.

“(The professors) followed the textbooks fairly closely. I always found that if I did the reading assignment before class, I could sit there and listen. I really found that I learned a lot.”

McBride himself is not fully supportive with a technology-based learning style, citing how he had to do all of his addition and subtraction on paper by hand, much like students in today’s math department have to do.

“I think it has a lot of advantages in places like engineering, but I think we learned more in the old days,” he said.

“We had to read the textbook, we had to understand the information, and a lot of students don’t do that today.”