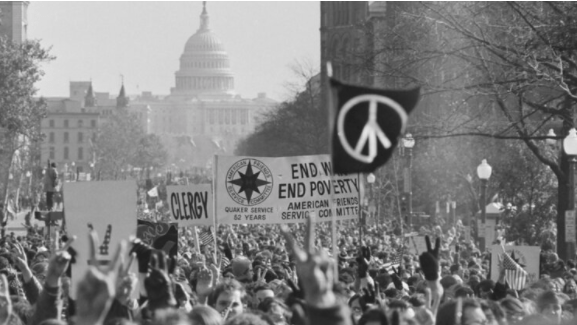 By: Fiona O’Dowd
In: Life on the Bluffs

Up until the 1950s, it was believed that humans evolved in Europe and Asia only 600,000 years ago. In 1972, however, Kenyan anthropologist Richard Leakey discovered a significant Homo habilis skull that dated back 2.5-3.5 million years. He went on to open the National Museum of Kenya.

Founded in Philadelphia, the United States Marine Corps was originally known as the Continental Marines, created as a branch of the Continental Army during the revolutionary war. It was not until 1798 that it became the Marine Corps, specializing in amphibious operations after the establishment of the U.S. Navy.

Nov. 11, 1953: Poliomyelitis virus is photographed for the first time

The virus was identified through an electron microscopic telescope in a laboratory on the University of California Berkeley campus. The story was published in the New York Times the next day, where Dr. Wendell Stanley predicted that a “fully adequate” vaccine for the virus could be produced within the next five to ten years.

At the age of 21, French acrobat Jules Leotard became the first person to perform the 12-minute flying-trapeze act at the Circus Napoleon. He was said to have practiced the routine in his father’s gymnasium, where he rigged trapezes from the ceiling and swung over a swimming pool to avoid a fatal fall. Leotard toured in London and New York, known to have revolutionized the circus.

Protesting the soldiers and civilians who died in the Vietnam War, tens of thousands came to march in Washington D.C. Two days later, another march took place, hosting speeches and performances that were viewed by over 250,000 people. The “March Against Death” is said to have had record-breaking attendance.

2020-11-11
Previous Post: Latest local COVID-19 data; UCCS cases spike
Next Post: An open letter to men at the gym: let me work out, not be sexualized