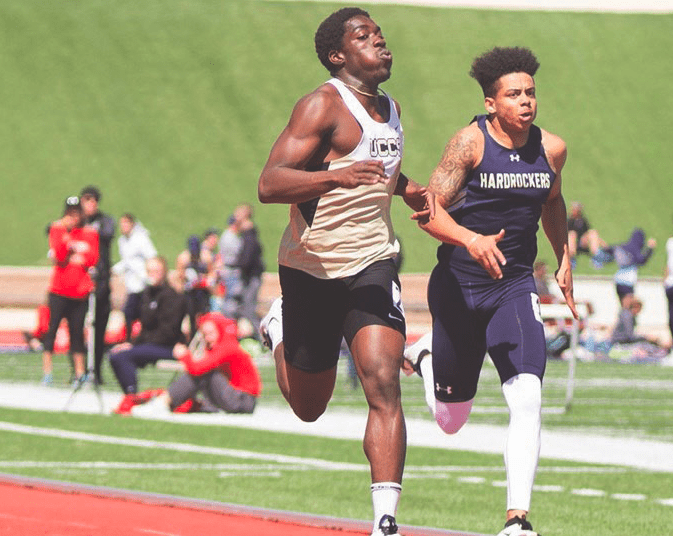 Track and Field prepare for first indoor meet of the season

As students prepare for the final exams of the semester, the men’s and women’s track and field teams will look to advance in their first indoor meet of the season against at the Adams State Multi Dec. 8 -9.

The teams are hoping to set the tone through the rest of their season in the spring this week, according to Kaija Crowe, freshman multi-event athlete.

“Setting the tone is kind of important because we brought in so much talent. It’s going to be fun to see what that talent does the first meet, even though it doesn’t say where we are going to be in,” said Kaija Crowe.

The meet is a new beginning for the time, said Deshon Elcock, a redshirted sophomore sprinter.

“It’s the first meet for a lot of people, and everyone wants to get their marks up there. We are still trying to figure out who we are and what potential we have,” said Elcock.

“Our goal is to win conference, which I think we can do, but we are going to have to come out to play. We go from Dec. 8 until the end of the season, so we have a lot of space to grow. We don’t really know where we are at right now,” said Crowe.

After the “six weeks of hell,” the strenuous training camp done annually before the season begins, the team is placed into event groups and are put with people that will be going to compete against in heats. In these groups, they start practicing on their techniques.

“I’m a short sprinter so I get put with the short sprinters. The first six weeks is to get everyone up to that condition. A multi will have one or two events they focus on,” said Elcock.

“I’m excited since this is our second year with the expansion. During the first year, we were trying to figure out what we had. We are actually starting to become like a team and we are a lot closer than we were at this point last year. I’m excited to see how everyone develops.”

After the Dec 8-9 meet, the team will return to competition after winter break for the Western State Quad Meet in Gunnison, Colo. Jan. 19-20.

For more information about the men and women’s track teams’ schedule and rosters, go to gomountainlions.com.