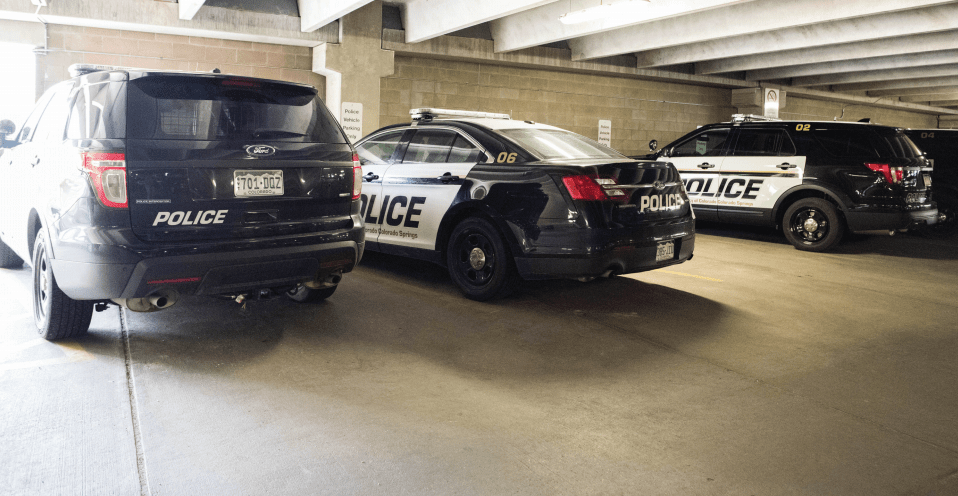 UCCS Police: a day in the life

They walk the campus everyday, making life a bit safer for students.

The officers of the UCCS Police Department serve a significant role in students’ lives whether they know it or not, and not many students can tell you what the life of one of these peacekeepers is truly like.

The Scribe sat down with Craig Ginter, UCCS police officer, to ask him some questions about the job.

Q: What kind of shifts do the officers on campus pull?

A: We work four-tens (four ten- hour days), and we have two different kinds of shifts. One is the Sunday through Wednesday schedule, and one is a Wednesday through Saturday schedule, so everybody has one weekend day off.

Q: Could you walk us through a typical day on the job?

A: A typical day will begin by preparing our vehicles and ourselves. We make sure we have what we need as far as the bags and equipment we carry.

Some of the things we use are ticket and traffic accident forms, for example, witness statement forms. (These forms) go in the bag along with some other things such as first aid items, and that bag is ready to go at a moment’s notice.

We are usually out unlocking buildings by (6:30 a.m.) along with the community service officers. From there, we have patrol checks that are with you on campus.

We have about 1,000 checks that we do once a day and some that we do twice or a few times a day. We have vehicles and foot patrols, but personally I like doing foot patrols, so that I can be seen. I always try to be approachable with students.

We work in a community where we are lucky enough to have people who appreciate our presence, and I find that most of the people actually appreciate interaction with the police.

Our goal is to be interactive and have more of a community-policing attitude. When we do traffic patrols… we give a lot of warnings. A lot of times when people come on campus, they are not aware of the speed limits and would like (for us) to give them a heads up.

Q: Does the UCCS PD have jurisdiction off-campus, or are they confined to campus at all times?

A: Any call that is off of our campus is the city’s jurisdiction; we could be called to assist them if they don’t have officers available. When it comes to traffic accidents, it’s the same.

Within the area that we respond to a call is called an intergovernmental agreement. It means that we can assist in an area in that is as far east as Academy (Boulevard), as far west as the interstate, as far north as Woodman (Road) and as far south as Fillmore (Street).

That being said, we don’t do regular patrol checks of those areas.

Q: What is the most common call you receive from the dispatch?

A: In the nighttime, our most common call is alcohol or marijuana violations in housing. We have a zero-tolerance policy for housing since it is mostly freshmen.

Marijuana is not allowed on campus, so that’s against our policies. That being said, if we contact someone who has marijuana or paraphernalia, and he or she has it legally, meaning they have a marijuana card, we don’t confiscate it, but we tell them to get it off the property.

During the day, our most common call is traffic accidents. Anything that does any damage to their vehicle we will call a traffic accident. But if they involve injuries, the city will take them.

Q: What kind of training do UCCS officers go through? Do you have your own academy?

A: Any police officer that works for UCCS has to be post-certified by the state of Colorado. You have to have gone through the police academy, and there are several in the state.

These academies are very structured based on what the state requires you to be proficient in and the three areas are driving, shooting an arrest control and, of course, knowing the law.

2017-04-25
Previous Post: Make the most of your college experience, step out of your comfort zone
Next Post: Unity Project weaves individuality, cultural diversity of students through art