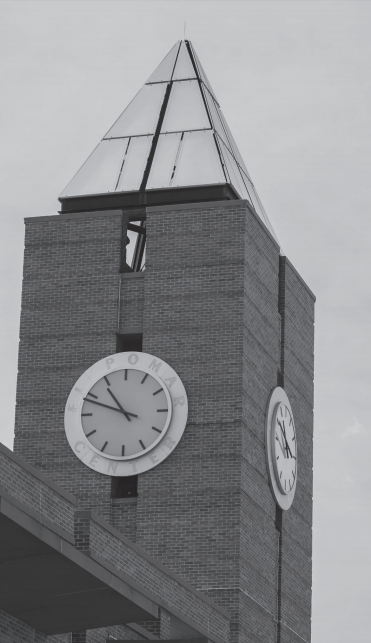 UCCS tuition proposed to increase, budget to be finalized in June

Tuition has been proposed to increase for the 2017- 2018 academic year by 4.1 or 4.5 percent, according to Gayanne Scott, assistant vice chancellor for Finance and Human Resources.

These numbers were presented to the CU Board of Regents Feb. 15.

The entire UCCS budget will be decided by June 15- 16. Other budget proposals presented to the CU Board include a $200 reduction of the PGA Golf Management program course fee and a $5 course fee in the Geography and Environmental Studies department.

Whether tuition will be raised or not depends on how much state funding UCCS receives. UCCS does not usually see an increase in state support, according to Scott.

“We have three scenarios that are on the table right now, so we might get an increase in state support, or it stays flat, or we might get a little cut. That’s not in our control, that’s up to the governor and the legislature,” Scott said.

“Units ask for what they want, and the leadership team prioritizes it—the deans and the vice chancellors, and then we wait to see how much money we think we’re going to get, either from the state or from tuition revenue, because we never have enough to give everyone what they want,” Scott said.

The Safety and Transportation fee is also proposed to increase by 4.4 percent.

“That’s not an increase anyone takes lightly; it is simply to cover the cost in transportation,” she said. Safety and Transportation is the only fee that can be increased by a certain percentage every year without a student vote, Scott said.

“Other student fees that are mandatory have been previously approved in student elections. They’ll stay the way they are unless the students decide to make a change, and there’s a whole process you go through,” she said.

Housing rates are also expected to increase by 1.1- 3.93 percent in response to the projected enrollment of 14,000 by fiscal year 2021- 2022. Student fee increases will be decided at the April 6-7 board meeting.

The increase in tuition will be put toward operating costs like increases in utilities and classified staff.

Tuition is increased in order to help cover other expenditures, like faculty compensation, Scott said.

According to the proposed budget report published online in the CU Board of Regents meeting minutes, all employees would be offered a 2.5 percent compensation increase and increases in benefits like life and dental insurance.

“Keeping salaries competitive helps us retain the quality staff and faculty that we have,”

“We believe we’re an access institution; we want to keep our price as low as we can, but we still try to cover our costs,” she said. “

This campus is very lean. We have much less staff than any of our sister campuses. It’s just historically how we come up, and a lot of us wear many hats. But that’s part of what makes us who we are.”

2017-04-02
Previous Post: UCCS earns reaccreditation from Higher Learning Commission after lengthy review
Next Post: What to remember before, during and after commencement day