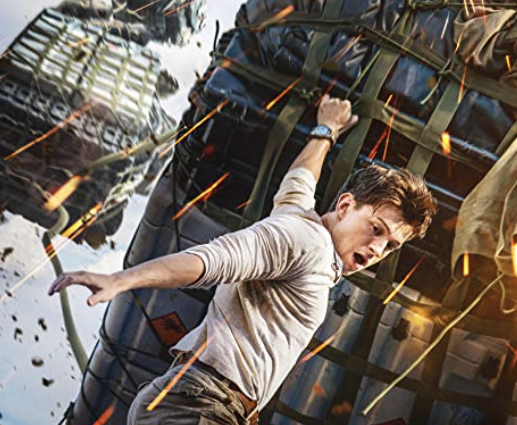 ‘Uncharted’ sets course to be a memorable movie adventure

Sony’s latest film “Uncharted,” based on the Naughty Dog games of the same name, is over-performing against all odds in the box office since its release on Feb. 18. While many people tend to avoid video game to film adaptations, “Uncharted” maintains the heart of the original games while not over-explaining or taking itself too seriously.

Tom Holland as 25-year-old Nathan Drake was a controversial pick for many fans at first, but he truly captured the treasure hunter’s humor, charm and resolve while also flexing his acting chops. Mark Wahlberg as Victor “Sully” Sullivan was another role that fans expected to perform poorly, but Wahlberg quickly became one of the best parts of the film due to his banter with Holland and character development.

Having the main characters younger than their in-game counterparts was an interesting decision by director Ruben Fleischer, but it seems to have paid off, since audience reviews are giving the film a 4.2 out of 5 rating. One might say that some of those raving reviews come from Nathan Drake being shirtless, or in a see-through wet shirt, for a good amount of time, but the acting truly makes this movie as fun as it is. (I’m not at all complaining about the shirtless scenes, though.)

Furthermore, Sophia Taylor Ali was convincing as the renegade Chloe Frazer, capturing the treasure-hunter feelings of guilt and self-preservation from moments in her past. Her somewhat limited involvement in the treasure hunt was the perfect amount, in my opinion, as the film was really about Nathan Drake, Sully and his brother, Sam. There was no needless romantic story-line, which was also refreshing. Oftentimes, romantic subplots can feel forced in a plot that’s already working overtime to keep the audience from zoning out.

Perhaps the most surprising element of the film was in the main villain, Braddock. She is a little stereotypical as “the bad guy that will do whatever it takes to get the treasure.”  Overall I found her to be really engaging because of the power the actress, Tati Gabrielle, held whenever she was in front of the camera. She radiates classiness, ruthlessness and competency, and I was there for it.

Overall, the first two thirds of the movie are absolutely a blast to watch, as I found myself on the edge of my seat the entire time, eyes locked on the silver screen and the action unfolding within it. It begins in medias res, which was a good choice since the directors clearly understood that the airplane cargo scene was the main selling point for movie-goers. Additionally, the sets and scenery were captivating and the fight scenes were incredibly well choreographed with the music and lighting effects.

The story moved along quickly but was still very easy to follow. It reminded me a lot of the Netflix original movie “Red Notice,” which starred Dwayne Johnson, Ryan Reynolds and Gal Gadot. However, despite its all-star cast “Red Notice” was mindless and forgettable, while  “Uncharted” is “Red Notice” but better, with a bit of “National Treasure” undertones thrown in for good measure.

Unfortunately, the film is far from perfect and while it refrains from being corny or cheesy, the final act of the story feels too long. It does feature a cameo with the voice actor of Nathan Drake in the games, Nolan North, which is fun for those who recognize him, but the rest of the finale fails to be interesting.

The visuals are masterful and make for fun eye-candy, but most of the violence and scuffing over the treasure at the end feels drawn out and a little pointless. I found myself wondering when the movie was going to wrap up during what was probably supposed to be a thrilling sequence, with ships being hurtled through the air via helicopter.

Overall, “Uncharted” isn’t revolutionary for the treasure-hunting genre, but it checks all the boxes of a fun film. I’d easily watch the first two thirds again without a problem, and therefore it receives between 3.5 and 4 stars from me.