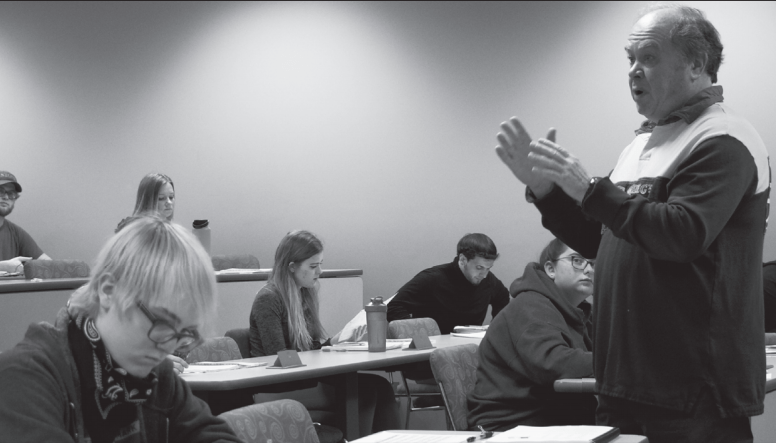 By: Joy Webb
In: News 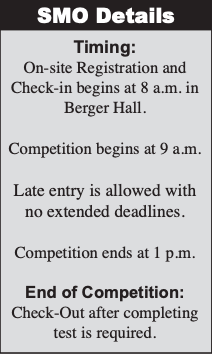 The Olympiad has taken place over the past 36 years, gathering middle school and high school students together for the largest essay type math competition in the U.S.

Alexander Soifer, professor of math, art and film history, mathematician and author, is the founder of the Mathematical Olympiad here in Colorado. He wanted students to gather and share their passion for math and talk about their ideas instead of their answers. These math problems are more about critical thinking and reasoning than finding a steadfast answer.

Soifer does not let schools prequalify for the competition, so anyone can compete. The students are presented with the same five math problems and a total of four hours to complete the problems before they are looked at by the judges.

Instead of looking for minor mistakes, judges look for the students’ ideas, according to Soifer.

“We offer problems that provide creativity, original thinking. That’s what we’re after. The goal of the Olympiad is to tell kids that there is fun mathematics,” said Soifer.

“You can see by illustrations for solutions, it’s not your high school mind-numbing drill. It’s a lot of fun, these problems,” said Soifer. “These solutions involve coloring and drawing figures and tiling.”

Soifer wanted the Olympiad to be enjoyable for students that were considered young mathematicians, instead of difficult and unpleasant. The math that students solve at the competition is not what people normally associate with mathematics.

The idea for the Mathematical Olympiad started when Soifer was just a student himself.

“I can say I liked mathematics,” said Soifer. “My math teacher in middle school, when I was a sixth-grader, asked me ‘would you like to participate in Moscow City Mathematical Olympiad?’”

The tournament that he participated in when he was in elementary and grade school is similar to the Olympiad that Soifer brought to Colorado.

The Mathematical Olympiad is what first got Soifer involved in math, which is most likely the same for students that come from all over Colorado to compete.

Soifer chose to study mathematics, because he thought that it was more fun than some of the hard work associated with other professions.

“I knew that music was hard labor without weekends, without holidays. Mathematics appeared to be a bunch of fun questions, some humorous answer solutions. It was fun. It was leisure. I was very wrong,” said Soifer.

Soifer believes that his passion for music also helped train him with mathematics since both are abstract arts. The Mathematical Olympiad helps students focus on these abstract elements of mathematics.

Although the event is for fun, it is a competition and is judged for the winners from each age group.

“Many judges are my alumni. They were my students, and as field experience for my class, I would offer volunteers to join the judges. Some of them love it and continue,” said Soifer.

Soifer said students that once competed in the Olympiad when they were young also now help with the competition as judges.

“There were some people that learned about the Olympiad from media: newspapers, television and asked me if I needed help,” said Soifer.

The Olympiad is a community effort of people coming together to celebrate their shared love for math.

Soifer also mentioned that there are some judges that have helped out at the competition for the past 30 years.

Students that win the competition are then recognized by the university with awards on May 3, and Soifer also presents them with helpful ideas.

Soifer wants the winners to know that with talent comes responsibility. The Olympiad was created to incorporate young students into an environment where learning and mathematics are celebrated.

Anyone from the community is allowed to come to watch the competition. For more information about the Soifer Mathematical Olympiad or to register online, visit https://olympiad.uccs.edu/.