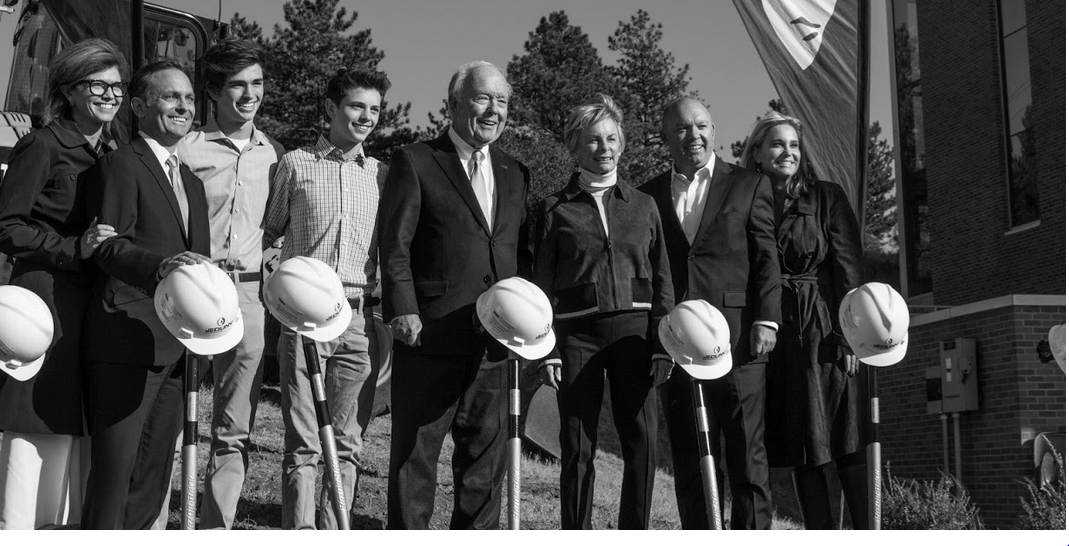 By: Brian Blevins
In: News

A groundbreaking ceremony took place on Oct. 18 in the parking lot near the Lane Center for the William J. Hybl Sports Medicine and Performance Center, which is set to open by 2021. Construction will begin in early November this year.

William Hybl — the new center’s namesake — is chairman and CEO of the El Pomar Foundation, which boasts a long-time relationship with UCCS and has been a major supporter for projects including the Ent Center for the Arts.

Upon completion, the 104,000 square foot, $61.4 million center will be the first of its kind in the nation. As such, it is planned to support the education of 1,000 exercise science students and as many as 500 anatomy and physiology students.

The Hybl Center will also serve as a research facility for fields including tactical and occupational performances, athletes and individuals with disabilities and health and performance in extreme environments.

Colorado Springs Mayor John Suthers championed the project during the ceremony as part of the city’s Olympic City U.S.A. reputation, saying that “this project represents a significant benefit to our city’s economy and the community’s cultural and sports offerings.”

Pentrose-St. Francis Health Services, led by president and CEO Brian Erling, has also contributed to the project, and will be a partner with UCCS, lending training and treatment resources to the center. At the groundbreaking ceremony, Erling predicted the Hybl Center to be “a laboratory for excellence.”