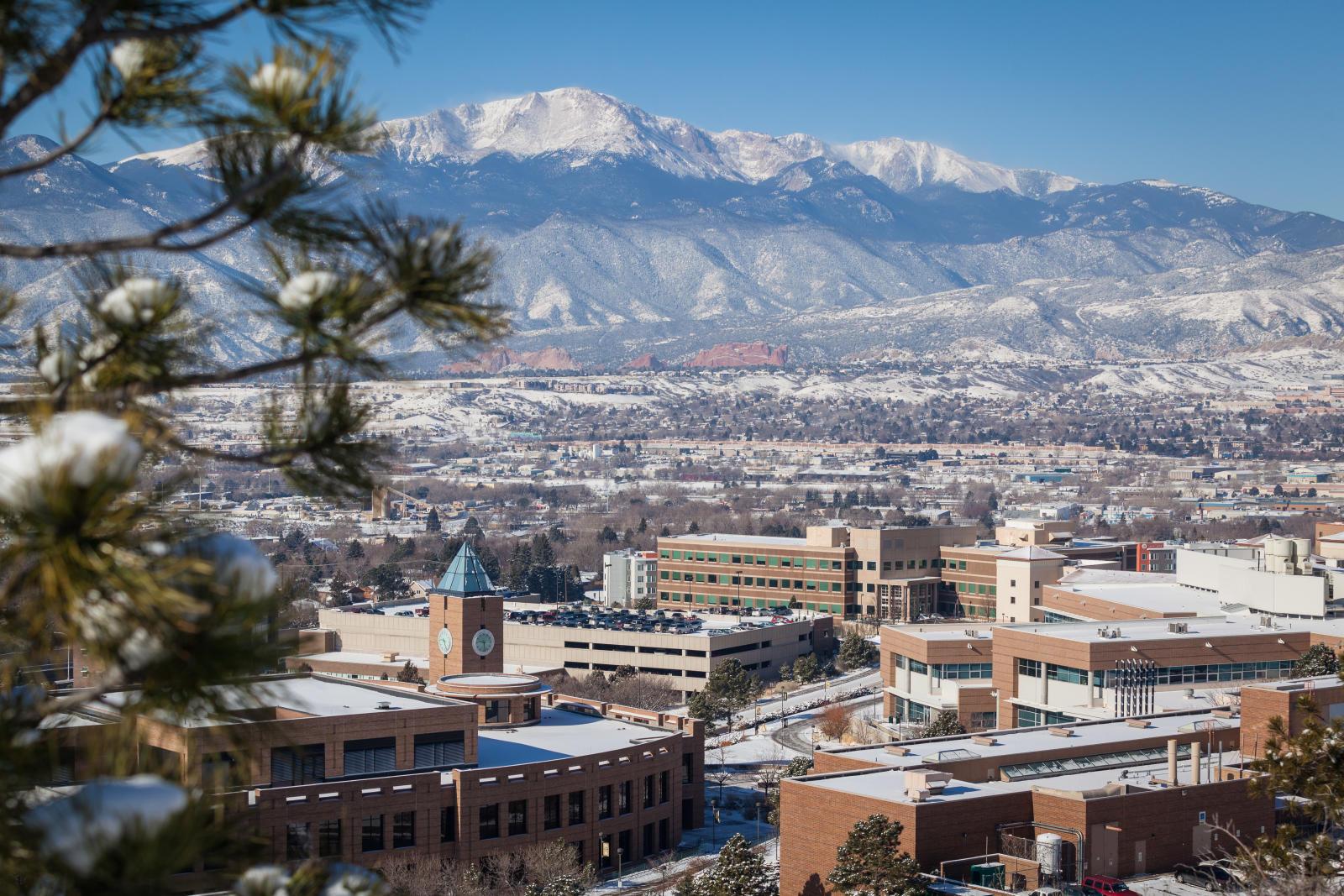 By: Julia Jackson
In: Culture

There are two things that will motivate secluded students out of their dorms, even in a pandemic: food and free stuff. Once they’ve been lured out, you might even be able to trick them into having a little fun, too.

Winter Welcome Week took place from Feb. 22-27, on the heels of the last campus housing move-in wave and the return to some in-person classes at UCCS.

Florence Jathanna, graduate assistant for Student Life and Programming, said, “Our department really prioritizes putting students at the center of every event we plan, and to align with that mission, all the events we have are planned by our diverse student staff.”

According to Jathanna, the goal was “to provide a fun, safe and socially distanced way to bring students together.”

I was able to attend three Winter Welcome Week events, and for the most part, they were well worth it.

“Cookies, Cocoa and Crafting” at Kettle Creek in Alpine Village delivered what was promised in the name. My roommate and I went to this event without high expectations, but we were surprised by how pleasant it turned out to be. Five or six other people were there at the same time we were, and we had plenty of room to socially distance.

In the hour we were there, we mostly focused on crafting. We were given small plastic jars to serve as snow globes, with a variety of props to put inside — for an ocean theme, there were toy sea creatures, pebbles and blue glitter; for more of an outdoorsy look, there were farm animals, miniature pine trees and powder snow.

After gluing everything down, some people filled their jars with water, while others left theirs dry. My favorite part was seeing what everyone else created. Overall, it was a nice way to decompress, even though I still have glue caked onto my nails a week later.

We made sure to grab some cookies before we left. There were the more traditional, ready-to-eat chocolate-chip cookies, as well as plain cookies for us to decorate. We took these home to our dorm and went to town with the provided icing bags and cups of sugar and sprinkles, and the cookies actually ended up tasting delicious.

I had hoped for another sweet treat at the next event I attended, titled “Donut Stress This Semester,” which advertised the opportunity to “make a self-care basket filled with all the essential items guaranteed to relieve some of your stress,” including donuts.

However, when my roommates and I arrived half an hour into the event, it was apparently half an hour too late. All the donuts were gone, and the only self-care items left were stickers and coloring sheets. We only checked out the station in Summit Village, not wanting to make the trek over to Alpine and be told they were out of supplies there too.

I don’t know if this event was just wildly popular, or what, but given that it was scheduled to last two hours, I figured they would have accounted for more students. Regardless, we tried to make the most of it and grabbed some coloring sheets to work on together in the dorm.

The final and most impressive event was the ice skating, using an artificial rink set up on the top floor of the Gateway Garage. The rink itself covered a little less than a quarter of the area and was a bit crowded, but it was exciting to see an activity I wouldn’t normally expect to be brought to UCCS.

After signing our waivers, we checked out our skates (there were a reassuring number of cleaning products involved) and hit the ice.

Like most people, we fumbled along the railings while more experienced skaters occupied the center of the rink.

A refreshment stand offered cookies, brownies, hot chocolate, water and juice. Tables were spread out across the rest of the area, allowing for social distancing.

It was a nice night, and the view of the stars and the moon rising above the Clocktower more than made up for the cold.

We left with Winter Welcome Week beanies that were given out at the entrance and reusable plastic cups filled with candy and Student Life merch from winning a bean bag toss.

Jathanna believes Winter Welcome Week “gave students a chance to reacclimate to being in person while continuing to feel safe on our campus.”

“We had between 20-150 students at each event,” she said. “Many of the events had multiple locations so we could continue to follow our COVID guidelines while still maximizing the potential for students to attend.”

Describing the other Winter Welcome Week events, Jathanna said, “Black History Month Trivia was planned with ‘edutainment’ in mind. We wanted to give students the opportunity to learn more about the important Black historical figures and their achievements and supplementing with an element of enjoyment and competition.

“Laser Tag on the other hand was planned to be purely fun, and fun was definitely had. A majority of the students that attended stayed through the duration of the event and told us they had a blast!”

Of the week as a whole, Jathanna said, “The team considers it to be a success based on the feedback we received at each event from the students that attended! We just hope for better weather in the future.”

One event in the middle of the week, WinterFest, was canceled due to snow. WinterFest was designed in collaboration with the Rec Center and was supposed to include “a variety of games and athletic challenges for students to let loose” as well as “a trackless choo-choo train.”

The event has been rescheduled for RoarDaze, a spring programming week by Student Life at the beginning of April.

“Student Life has also been working with off campus residences like Lion Village to offer events for commuter students there,” Jathanna said. “We encourage our students to check MLC (Mountain Lion Connect) and our social media as we have some form of programming every week.”