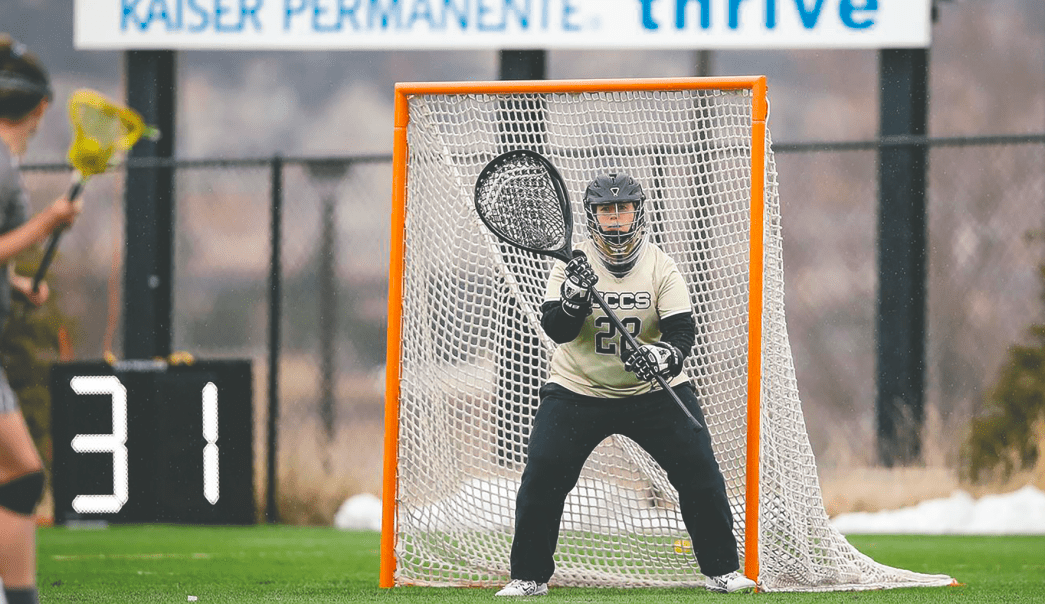 On April 18, the UCCS lacrosse team embraced the cold temperatures and took to the field to defeat Westminster College. Heading into the game, both teams were sitting 3-2 in RMAC standings.

The game started off with Westminster scoring the first goal in less than 60 seconds of action. Two minutes later, junior Madison Ellis tied up the game. Westminster responded with two goals back to back, giving them a two point lead eight minutest into the first half.

Moments later, Ellis made her second goal of the game, followed by sophomore Kiera Lowe, ting up the game 3-3.

UCCS didn’t start gaining momentum until the end of the first half when junior Brianna Martinez scored back to back goals, followed by an assist to Kiera Lowe, bringing the game up to 4-5 Mountain Lions. Angela Naughton scored the last two goals of the first half to total out to 5 goals within the last 13 minutes of the first half, putting UCCS into the lead 4-8 before the second half.

Eight minutes into the second half Ellis scored her third goal of the game followed by back to back goals made by Church. Freshman Holly Sodomka then made her first goal of the game, making for the biggest point difference between the two teams with UCCS  up by eight points and a total score of 5-13.

With five minutes left in the game Martinez scored the final goal for UCCS, bringing the UCCS total to 14.

With a minute and a half remaining in the game, Naughton was given a yellow card, the first and only penalty card towards UCCS. Westminster was given a total of five yellow cards throughout the game, four in the first half and one in the second.

Ellis, Naughton and Martinez each successfully scored three goals and tired for most goals. Church had the most assists throughout the game with three goal assists.

Ellie O’Brian, a senior defender from San Diego, recovered five of seven turnovers for UCCS during the course of the game.

UCCS attempted a total of 40 shots on Friday night (20 in each half) over Westminster’s total of only 25 attempts. The Mountain Lions finished shooting 47.5% collectively.

With this win UCCS now sits 6-6 overall and fifth with 4-2 among RMAC teams. At press time, UCCS was ranked No. 5 in the Rocky Mountain Athletic Conference (RMAC) with the conference tournament only two weeks away.

After finishing off Westminster, the Mountain Lions traveled to Regis last Thursday, and fell to the No. 1 ranked Rangers 16-5. It was the second time this season that Regis beat UCCS.

Last Saturday, UCCS finished off their final home game of the season against No. 8 Lindenwood University. This week, they will travel to Kansas City, MO to face off against No. 4 Rockhurst for the final game of their regular season. Then the tournaments begin.