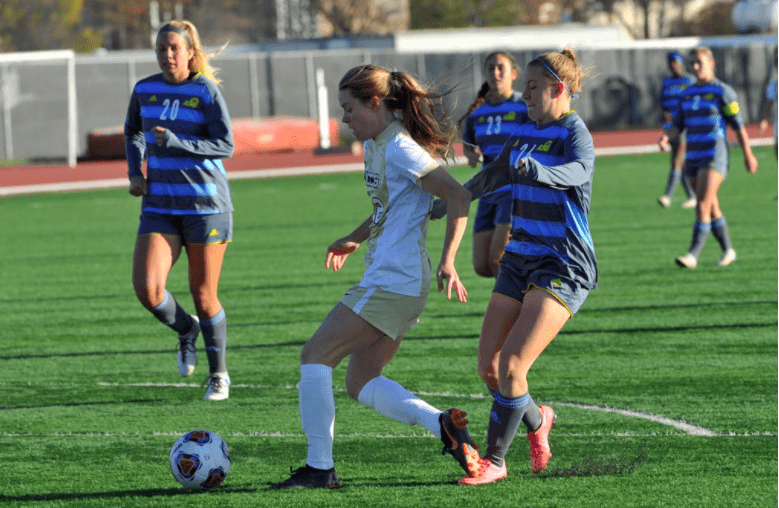 MSU took the lead early, with a goal in the 19th minute of the match.

UCCS attempted to tie the game. According to the Go Mountain Lion’s Webpage, sophomore forward Kaitlin Hinkle landed a shot that barely missed and hit the crossbar in the 25th minute. UCCS registered four total shots that the MSU stopped.

MSU exited the first half with a 1-0 lead.

The Mountain Lions received an opportunity to tie the game after senior midfield/forward Ella Fischer was tripped in the box. This led to a penalty kick in the 69th minute. RMAC’s leading goal scorer and redshirt junior midfield Tarah Patterson took advantage of the penalty and scored to tie the game.

With the goal, Patterson is now tied with Michela Mansfield for the program’s all-time leader in points at 68.

MSU Denver had the opportunity to have one shot to the goal for the rest of the game.

Freshman forward Makayla Merlo recorded a shot late in the second half that almost made it in but was blocked by MSU Denver’s goalkeeper. The ball was shot out of play and UCCS had a corner kick at 86:40.

Junior midfield/forward Amelia Junge passed from the corner kick to freshman midfield Kelsey Takahashi, who then passed to Lothan for the game-winning shot at the 86:43 mark.

The Mountain Lions will host the RMAC Quarterfinal match on Tuesday, April 20. The team will await the announcement of their opponent and game time this week.