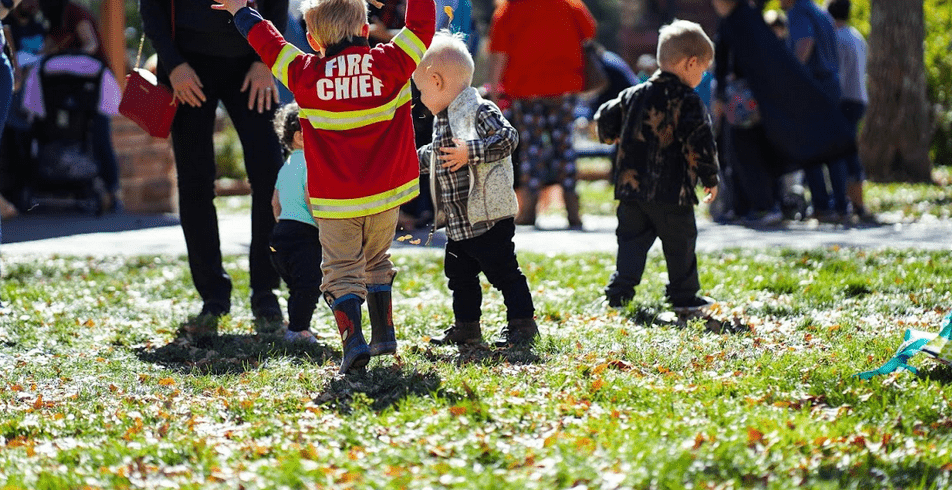 By: Camissa Miller
In: Features, You See CS

This season is always host to festivities both across the nation and locally. With pumpkin spice lattes in hand, scarves and sweaters to keep warm, and annual events to celebrate, Colorado Springs doesn’t hold back in its popular historical events such as the Giant Pumpkin Festival.

Every fall season, the Rocky Mountain Giant Vegetable Growers (RMGVG) compete for the title of Biggest Pumpkin in Southern Colorado at the annual Giant Pumpkin Festival. Whoever has the heaviest pumpkin wins the honorific and infinite bragging rights – at least until next year.

On October 20th, the streets of Old Colorado City were flooded with the chatter and laughter of families from all across the state. Face painters, balloon artists and “unexpected guests”–i.e. costumed characters like Buffalo Bill–wandered the shop-lined avenue and entertaining visitors of all ages. With a pie-eating contest, scavenger hunt and pumpkin-decorating contest, the Giant Pumpkin Festival was a treat for guests of every kind.

Children weren’t the only focus of the various festivities: the Giant Spirit Tour took older audiences around Old Colorado City’s finest restaurants to sample both local craft beers and wines. The Giant Farmers Market also made a grand appearance, providing fresh and regional produce to any customers looking to buy. Tickets were only $25, with all proceeds benefiting the Great Pumpkin Commonwealth Pumpkin Growers Contest.

The city’s beloved scarecrows were presented as well for the annual Scarecrow Days, a fun tradition dating back many years to a time when Old Colorado City merchants engaged in a friendly competition: whoever crafts the most creative, unique and scary scarecrow wins.

Half an hour after the opening of the Pumpkin Patch by Colon Orchards, the celebration began at 11:30 a.m. in front of Jake and Telly’s Greek Taverna. The winners of the pumpkin competition were announced at 1:30, and finally the event ended at 3:00 p.m. Nevertheless, some shops remained open even after the official finale, drawing patrons in for a look at their locally-crafted goods.

Independently-owned companies were the highlight of the festival. The variety of businesses lining every street and alleyway included everything from makers of handmade soaps and incense to chefs who have mastered the art of grilled-cheese cuisine.

Live music and performances brightened the atmosphere further, with appearances by the Patriot Elementary Poms Dance Team, an energetic bunch of talented dancers; Shane Groothof, a classical guitarist and composer from the Colorado Springs Conservatory; and The Witcheroos, a friendly group of witches in love with German pop music.

According to one of the many enthusiastic guests visiting Colorado Springs this 2018 season, the Giant Pumpkin Festival was the most wonderful thing in the town this month.

Another visitor agreed, mentioning how the the town was “festive” and “creative.” Indeed, the festival carried a great sense of community and pride in Colorado Springs culture.

Next year, the Giant Pumpkin Festival will return to Old Colorado City with new events and stories to tell, so make sure to round up the family for the celebration and make the most out of the 2019 fall season.

2018-10-30
Previous Post: Importance of having a support system
Next Post: You See CS: Motif Jazz Café: for the jazz lovers and classy drinkers