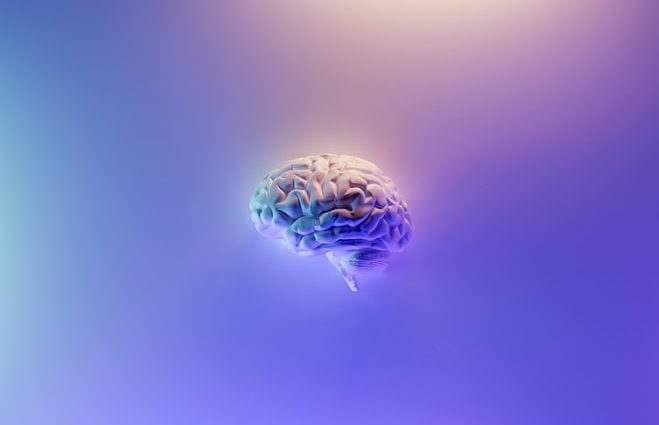 April is Autism Acceptance Month, or Neurodiversity Acceptance Month in some contexts. Our society has only recently begun to better understand and give names to neurodiversity — autism, attention deficit hyperactivity disorder (ADHD) and dyslexia are all considered neurodivergent, or different from the neurotypical norm.

Lack of historical records and terminology of the past make it difficult to say for certain where historical figures fell on the spectrum, and even modern figures’ diagnoses sometimes remain vague due to stigma. However, neurodivergent people have always been around and have contributed much to the world, just like neurotypical people.

Here are five figures that inspire me.

Mary Temple Grandin is an autism and animal rights activist. She has earned multiple degrees, including a doctoral degree in animal science in 1989, and has taught the Graduate Animal Behavior and Welfare program at Colorado State University for 25 years.

Grandin did not speak until she was almost 4 years old and underwent speech therapy in kindergarten, but she was not formally diagnosed with autism until she was an adult. She has discussed social difficulties she faced in school, as well as the development of her special interest in cows when she was a teen on her aunt’s farm.

In college, she developed the squeeze machine, or hug box, as a therapeutic device for herself after noticing the calming effect of squeeze chutes on cows. Therapy programs continue to use similar deep-pressure devices for people like Grandin who suffer from hypersensitivity, which can cause discomfort when receiving hugs from people.

Grandin went on to publish 14 books on both autism and animal science and is featured in multiple documentaries. She has been inducted into many prestigious organizations, including the Colorado Women’s Hall of Fame and National Women’s Hall of Fame.

Widely hailed as the father of theoretical computer science and artificial intelligence, Alan Turing was a key code breaker of the German Enigma cipher device in World War II. At the end of the war, he was named an Officer of the Order of the British Empire for his work.

A 2003 paper described Turing as meeting the six Gillberg criteria for Asperger syndrome, based on anecdotes from his life and descriptions by those who knew him — these included his difficulties in social interaction, specific interest in science and mathematics, various behaviors and self-presentation.

Turing was also gay. He was prosecuted for “gross indecency” after admitting to his relations with another man and was punished with hormonal treatment to reduce libido. Two years later, he died of cyanide poisoning, thought to be suicide.

Multiple petitions called for Turing’s posthumous pardoning, which was finally carried out in 2013.

Wolfgang Amadeus Mozart was a classical musician and composer whose work remains renowned centuries after his death. He composed more than 600 pieces of music, some of the best-known being “Eine kleine Nachtmusik” and his Symphony No. 40 in G Minor.

As a child, Mozart showed a prodigious talent for music and played alongside his sister at the imperial court in Vienna at the age of six. He displayed perfect pitch and musical memory, naturally coinciding with an extreme sensitivity to loud sounds.

Mozart was also known to fixate on vulgar language, experienced facial and motor tics, showed obsessive-compulsive tendencies and constantly fidgeted. This 2007 paper speculated that his all-around “socially unusual behavior” and musical genius could be attributed to Tourette syndrome, ADHD or autism.

Sometimes known as the first African American scientist, Benjamin Banneker lived as a free man born during the time of slavery in the U.S. His parents were homesteaders and passed on their land to him, giving him the means to pursue his self-taught interests later in life, including mathematics, astronomy and almanac writing.

As a young man, Banneker became locally famous for his hand-carved, accurate wooden clock, a rarity in its time and place. He modeled it after becoming obsessed with studying the gears of a friend’s pocket watch.

A Quaker family, the Ellicotts, provided the connection through which Banneker became involved as a surveyor in President George Washington’s Federal City project, mapping out the land that would later become the U.S. capital. The same capital was then to be built by enslaved laborers. This led Banneker to begin correspondence with then-Secretary of State, Thomas Jefferson, and challenge him about the hypocrisy of American independence.

Banneker published abolitionist materials and various almanacs during his later life, forecasting weather patterns as well as an eclipse. While his life was not well-documented, some attribute his knack for replication and astronomical calculation, far advanced for his time, to autism.

Pokémon, one of the best-selling video game franchises of all time, began with Satoshi Tajiri’s special interests: bugs and arcade games.

The first interest led other children to teasingly call him Dr. Bug during his youth (any relation to Professor Oak?), and as a teenager, he often skipped school to go to the arcade, delaying his graduation. In 1981, he began the arcade game fan magazine “Game Freak,” which would in 1989 become the video game development company of the same name.

Tajiri’s technical concept for the original Pokémon games came about in 1990, with clear creative roots in his own childhood of bug catching and collecting. The games spent six years in development hell, almost bankrupting Game Freak before becoming wildly successful upon their 1996 release.

Tajiri was allegedly diagnosed with autism as a child, though he hasn’t often spoken about it. His pattern-oriented childhood special interest, displaced focus from academics to gaming and favored irregular work hours have all been pointed to as indications of the neurodivergence that gave us Pokémon.

The lives of these five figures illustrate some of the wonders of neurodiversity and the good that neurodivergent people have brought into the world. You may also know of children’s author and Disney inspiration Hans Christian Andersen, poet Emily Dickinson, chess master Bobby Fischer, inventor Nikola Tesla and more.

Keep in mind, no person’s worth should be determined based on what they can offer to society, and we all deserve to exist as we are, but we also shouldn’t be afraid to uplift the accomplishments and celebrate the differences of our neurodivergent icons.

Feature Photo by Milad B. Fakurian on Unsplash

2021-04-20
Previous Post: OPINION: The unfortunate relationship between racism and professionalism
Next Post: Curry twins make more than just their parents’ dream come true by graduating in May