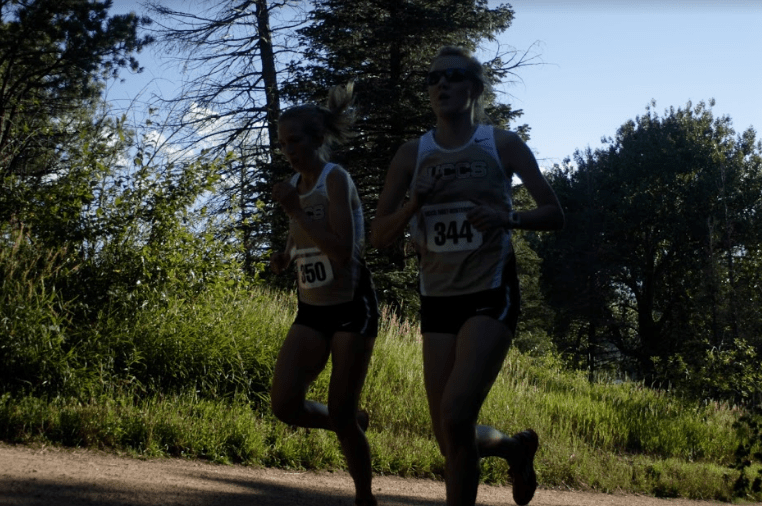 By: Anne Stewart
In: Sports & Recreation

The competition increased after the women’s cross country team placed first at the 2016 Rust Buster.

The women’s team took first place with two runners who placed in the top two individual slots at Monument Valley Park on Sept. 2.

Sophomore business major Aubrey Till came in first at the four-kilometer race at 14:53. Junior business major Heather Bates finished second, coming in at 14:58. Four other members on the team also placed in the top 10.

But on Sept. 10, sophomore Christine Mujica came in at 15th place at the Colorado College Invitational six-kilometer race.

The first meet is a shorter distance, four kilometers, whereas the championship races are six kilometers. The team will train in different ways throughout the season, depending on where they are, according to head coach Corey Kubatzky.

“We start out focusing more on the aerobic end of the spectrum and work faster as the team progresses, so right now the focus is on being as aerobically strong as we can be,” said Kubatzky.

“We want peak fitness for the regional and national championships.”

Till and Bates use a training system as a way to plan and strategize by using each other’s weakness and strengths to challenge one another.

“It’s new having someone to train with and push me in practice. We’re both really competitive, and so it’s nice to have someone to both push and support,” said Bates.

Till said that Bates will keep their paces in check throughout the race, so they can keep track of the competitors they need to stay with.

“Having somebody else there keeps you from getting complacent,” said Bates.

It is not only Bates and Till with high hopes for this season. Kubatzky said there are around 10 to 12 other athletes fighting for the next five spots on the team.

The team is preparing for Roy Griak Invitational on Sept. 24, held in Minneapolis. The race can serve as a preview to nationals, according to Bates.

Till said she is especially looking forward to this race as she had a chance to watch it when she ran for Abilene Christian University in Texas.

“I thought it would be such a great experience participating in such a big collegiate meet like that,” said Till. The team has a good atmosphere this season, according to Kubatzky.

The team is very welcoming and inclusive in addition to being competitive, said Bates.

“Our team motto for this year is to go from being a good team to being a great team,” said Bates.

Kubatzky said that this region is a tough one to compete in, adding that this team is really good this year.

He hopes that the team will advance to the National Championships. Some of the team’s top competitors, according to Kubatzky, are Adams State University, Western State University, Colorado School of Mines and CSU Pueblo.

For more information about the team, results and upcoming meets, students can go to gomountainlions.com.