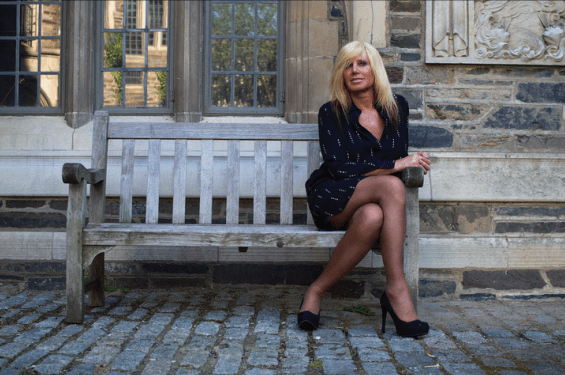 Transgender advocate Jessica Lynn will speak on March 14 as part of A Transgender Journey with Jessica Lynn. The event, hosted by the College of Letters, Arts and Sciences, will be held in UC 116 from 5-7:30 p.m. The event is free to students.

Through her presentation, Lynn, who is a transgender woman, will seek to normalize and demystify members of the transgender community. Lynn has spoken at nearly 100 colleges and is well-known for her raw, honest speaking style, according to sociology professor Morgen Thomas, who has had Lynn speak in her classes.

“She’s very frank, and she’s very raw in language. Her use of language makes it much more human,” said Thomas.

It is important to Lynn that she educates the general public about the barriers experienced by people within the transgender community rather that speaking only within the LGBTQ+ community, according to Thomas.

“Right now, there’s a lot of fear being created around trans identities, so Jessica wants to humanize them,” she said.

Educating the general public about the barriers experienced by people within the trans community rather than only speaking within the LGBT community is important to Lynn, said Thomas.

Colorado Senate Bill 200 allows people of any gender identity to access any public restroom without being discriminated against. But there are still 14 states across the country with pending Bathroom Bill legislation, according to the National Conference of State Legislation.

The bathroom issue is only one example of the barriers faced by transgender people . “[Lynn] offers a deeper understanding of the structural institutionalized barriers that exist for trans people,” said Thomas.

Clubs and organizations on campus also offer the opportunity to learn more about issues within the trans community. Spectrum provides a safe and welcoming environment for students within the LGBTQ+ community, as well as allies, to connect, according to business administration major Nick Fallentine, head of Spectrum.

“Meeting people humanizes labels. Sexuality is one component of your life and there are so many ways for people to express who they are,” said Fallentine.

Thomas and Fallentine both agree that UCCS is an accepting community, but there is always room for improvement.

“A lot of people on campus come from a community where terms like queer, gay and trans are all abstract. Those labels fade away once you get to know someone and you start to realize they are just people,” said Fallentine.

For more information on the event, contact Morgen Thomas at [email protected], or find the event on the UCCS events calendar.