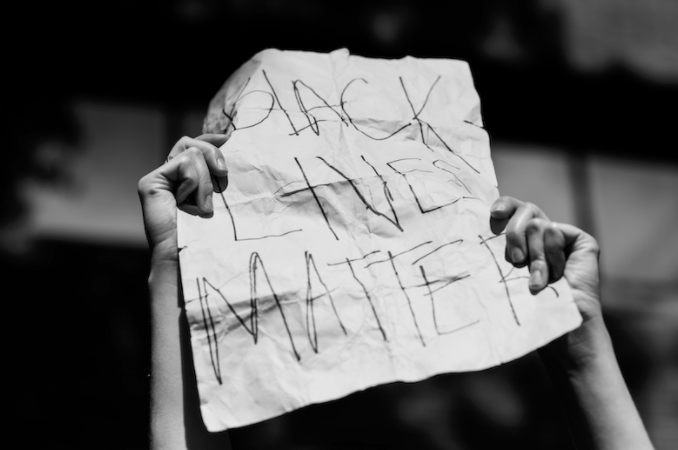 Actions speak louder than words for Black students at UCCS

By: Kaylan Hardin
In: Features, Voices of UCCS

Five Black students have spoken on the need for action-based support for the Black community on the University of Colorado Colorado Springs (UCCS) campus.

Miles Jones, Bry’ona Johns, Irina Amouzou, Obi Idika and Shoag Bakeet recount times in which they felt the needs of Black students were heard or not heard and what they believe the administration should do in response.

Junior and pre-law major Jones attended a protest that took place this past summer in response to police brutality, held by UCCS alumni Jessica Asuqou and current senior Emily Nguyen.

Jones recalls the protest as the time he felt the most heard among the UCCS community.

“I got to speak my voice, share my story, and was heard by the community and campus as well,” he said. “I do believe that there are people in higher administrations who are as involved as they say they are. However, I don’t feel like the people up top really have our back.

“I also feel all schools in the Colorado University branch talk about diversity, but when having diverse students on campus, it feels the support isn’t there,” Jones said.

Jones also looked through the lens of Black student athletes, for which he wrote a statement over the summer.

“It was calling out the coaches on college campuses about how Black athletes bring a lot of success to schools but when needed the most we aren’t supported. It made me feel like the coaches didn’t say anything in regard to the killings of innocent Black people, but instead remained silent,” Jones said.

According to Jones, the community needs to be strong by having UCCS provide community and more leaders stepping up. “Many students try to be those leaders, Black students, LGBTQ students and Latinx students, but we need to be stronger as a University, we can’t be divided,” Jones said.

Johns is a senior and psychology major who also attended the summer protest.

“I would like to see more genuine and authentic support for Black students,” Johns said. “A lot of the time it seems like staff and faculty are making statements, going to workshops and seminars, or training because they feel obligated to, not because they really want to educate themselves and be better allies and resources for their students. I would like to see less performative allyship and more genuine attempts to learn how to be there for minority students. Black students are not here to fill a diversity quota.

“We’re individuals that have a lot to offer the university, Colorado Springs community and the world. The bare minimum we’re asking for is to be treated with the same respect and dignity as other students.”

Amouzou, a junior and women’s and ethnic studies major, shared that they have noticed the same trend.

“There are individual departments that have shown support to Black students, but the University as a whole? Not so much,” they said. “Why does it take for George Floyd to be killed and Devon Bailey to be killed for UCCS to make a Black Lives Matter statement?

“There was a meeting in talks of campus police, but really I’d like to see the school have more presence of mental health care providers in replace of police. When there is a mental health crisis on campus mental health providers should be present, not the police.”

On the CU system as a whole, Amouzou added, “Many UCCS students voiced out about the running of Mark Kennedy and there was a big push against having him as president, but the University and the Colorado University system let him through.

“I don’t want to see Mark Kennedy statements only focusing on diversity in thought and diversity in political views. What about diversity in sexual orientation and racial identity? Unless you say these things, change will never happen.”

Amouzou said they want to see more backing and support for Black students instead of a stance that allows for hatred and infirm, zero tolerance statements made by CU schools.

“Black students are more important than not stepping on any toes,” they said.

Junior and biomedical major Idika believes that Black students are heard but not understood.

He said, “I don’t think there’s a real push, but instead when we the students speak out we are given vague answers in response.

“I think administration should stay true to their word and bring upon action to show support not just to Black students, but to other students of color as well.

“There are meetings held, but I think everything feels the same like, we are all voicing just about the same questions and needs, but are getting the same types of vague answers with no action or support backing it.”

Bakeet, a senior and political science major, talked about how the expansion of the Multicultural Office for Student Access, Inclusiveness and Community (MOSAIC) Center was only fulfilled after students spoke up about it.

“It felt as though the school just did it now because students demanded it,” she said.

Bakeet attended virtual meetings held with students, faculty and Chancellor Venkat Reddy, in which students voiced their concerns and experiences on campus. Bakeet said she feels her experiences were dismissed with only words but no action, and that she received excuses in rebuttal to her concerns.

As far as what Bakeet wants to see more of from UCCS, she said, “I want them to care. I’d also love to see professors who look like me. I want classes that are more diversity based. I want Black students to be cared for not only when told to. I want us to be seen, not tokenized. Black students are exposed all over sites, pictured on the UCCS Shuttles, and there are all these meetings with higher administration but nothing is done.

“There first needs to be a coming to understanding and a realization that there is a problem of not backing diversity. That’s the only way to get change done,” Bakeet said.

2021-02-15
Previous Post: An oasis within the city: ‘The Windmill Project’
Next Post: Laith Al-Shawaf stresses importance of psychology in everyday life