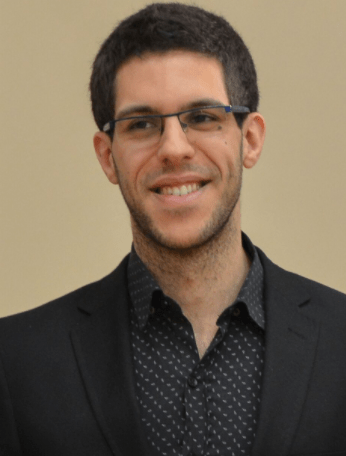 By: William Pham
In: Voices of UCCS

To Laith Al-Shawaf, psychology is not just the science of mind and behavior. It is an inherently fascinating field that helps people to better understand themselves, their loved ones and the people around them.

“People are interested in the brain, in topics like memory, emotions, personality and psychological disorders” Al-Shawaf said, “What makes us different and the same from one another?”

Al-Shawaf first took an interest in psychology in high school, becoming enamored by the fact that one could study something seemingly intangible and invisible with the methodical approach of science.

Since growing up in Lebanon and pursuing his studies abroad, Al-Shawaf is well-traveled and has taught in Germany, Turkey and the U.S., in addition to his home country.

Al-Shawaf moved Colorado Springs in 2017. He began working at UCCS as a professor and researcher, dedicating his non-teaching time to various activities including research, writing and designing new classes.

More specifically, Al-Shawaf often conducts cross-cultural studies in order to better generalize results and findings. He has conducted research on a variety of topics in many countries, including mate preferences in three countries, anger in six countries and pride in 16 countries.

In his courses, Al-Shawaf actively connects psychology to everyday life through demonstrations and live experiments with volunteers from his classes. To Al-Shawaf, the science of the mind has clear applications to everyday life.

From an educational perspective, Al-Shawaf believes that it “helps to make the ideas more salient, vivid and memorable. You tend to better encode things in memory when you connect them to your life or the lives of your loved ones.”

Because of this connection, and because psychology is foundational to other social sciences, Al-Shawaf argues that “psychology helps prepare you [students] for a number of different disciplines and careers.” In particular, Al-Shawaf believes that any field that studies social behavior will benefit from a greater understanding of psychology.

For students majoring in psychology, like junior Scout Rhodes, Al-Shawaf’s classes do more than spark student interest in the field.

Rhodes stated in an email that “you will learn some of the most valuable lessons you could learn as an undergraduate pursuing a career in psychology.”

Margarita Meza-Whitlatch and Kaitlyn White, both graduate students currently pursuing master’s degrees in psychological science, concurred with Rhodes and added that Al-Shawaf’s perspective and guidance on research and lab work were also noteworthy.

“He produces high-quality research while also producing a high quantity of research, providing students with plentiful opportunities to get involved in the lab,” White remarked in an email.

Meza-Whitlach said via email, “As his student in contemporary issues in psychology, I appreciated his knowledge and perspective. He has a very universal view on psychology, is well acquainted with current information, and has phenomenal statistical and methodological knowledge as well.”

In the pandemic, Al-Shawaf has stated that his biggest struggle with remote learning was with his live demonstrations. Because they often involve students, a virtual setting has made these live presentations more difficult to implement.

Al-Shawaf is immersed in research, writing and editing when not teaching.

Planned for late 2021 or early 2022, Al-Shawaf and a co-editor will be releasing “The Oxford Handbook of Evolution and the Emotions.” This handbook will include 60 chapters on different psychological topics related to emotions.

At the time of writing this article, Al-Shawaf is currently waiting to hear back from the tenure committee and hopes to become an associate professor with tenure in the upcoming months.

In his free time, he enjoys reading, writing, hiking, skiing, trying new foods, and traveling when there is not a pandemic.