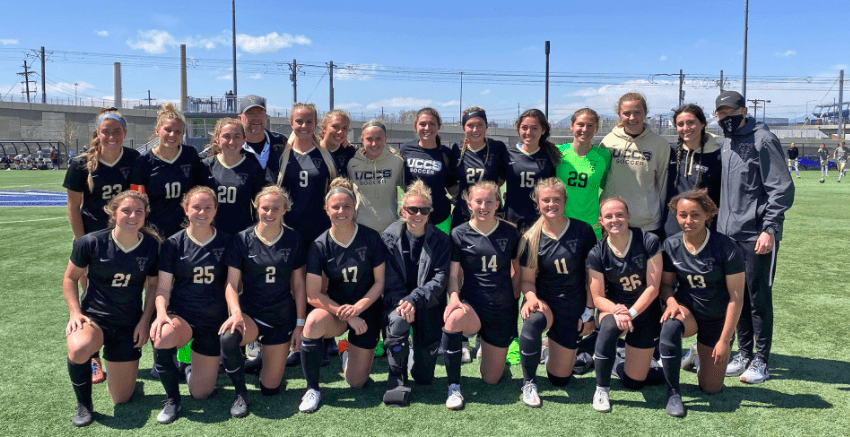 The UCCS Women’s Soccer Team remains undefeated this season after a busy week, from March 29 to April 3, that ended with two back-to-back wins.

UCCS is now on a regular season win streak of 29 games that stems back to the 2018 season.

During their game on Wednesday, March 31, at Westminster College in Salt Lake City, Utah, both teams exited the first half scoreless. Both teams had several shots at the goal, but they were either missed or blocked by the goalkeepers.

Redshirt juniors Tory Maydew, Tarah Patterson and Amelia Junge each attempted a goal in the first half that was blocked by Westminster.

According to the Go Mountain Lions webpage, UCCS’s first goal came in the 62nd minute from Patterson, giving UCCS a 1-0 lead. Team captain Ella Fischer held back against Westminster, and her efforts helped stop the only shot they had for the rest of the game.

With UCCS in the lead, Patterson helped secure the win with a second goal, with the help of an assist from sophomore Kaitlin Hinkle, in the 82nd minute of the game.

The women’s soccer team continued Saturday, April 3, playing at home on Senior Day against Colorado Mesa University (CMU). UCCS entered the game with a 6-8-2 all-time record in the series.

UCCS came out with a pair of goals in each half of the game.

The first goal occurred in the 10th minute of the match. Junge assisted Patterson’s goal, helping the team begin with a 1-0 lead.

Patterson holds the lead with the most goals of any UCCS player this season, with six total.

Later in the first half, freshman Kelsey Takahashi took advantage of her position for a shot from 25 yards out. UCCS had the 2-0 lead at 40.33 in the game. This was Takahashi’s first goal as a Mountain Lion.

Patterson made her second score of the game in the second half. According to Go Mountain Lions webpage, she went across the top of the goalie box to hit in a left-footed goal to the right side of the net, increasing the UCCS lead to 3-0.

The final score in the game resulted from a penalty kick. This provided senior Kelsey Lanham, in her final regular season home match, with the opportunity to score — and she did. This was Lanham’s first penalty kick of her career. UCCS won 4-0.