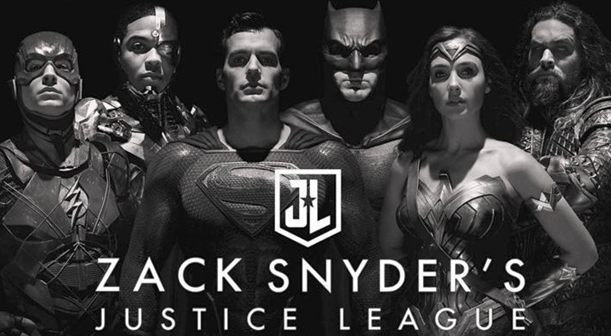 Editor’s Note: Minor spoilers for “The Snyder Cut” ahead.

The recent release of “Zack Snyder’s Justice League” on HBO Max is a triumph for DC fans around the world just as much as it is for director Zack Snyder.

When the original “Justice League” was released in 2017, it was met with far more disappointment than fanfare, which made sense due to the rather campy humor, uninteresting villains, awful CGI and multiple plot holes.

Viewers of Snyder’s “Justice League” have compared the two versions of the film and noted that they seem like almost completely different movies, which — surprise! They are.

For those who have not been on the #syndercut bandwagon over the past four years, you may not know that the first movie was directed by Joss Whedon, not Snyder. Originally, the project was Snyder’s, but after his daughter Autumn’s death, he stepped away and allowed the “Avengers: Age of Ultron” director, Whedon, to take the helm.

This was not Warner Bros.’ first mistake in their attempts to do justice (ha, pun) to the DC Universe, but it was arguably their worst one. Not only was Whedon’s version trying to make darker DC heroes into Marvel’s Avengers, but he also completely rewrote several parts of the film, cut out/cut down important characters and reshot several important scenes.

After a fantastic bomb at the box office, it was clear that the Justice League had fallen at the feet of their worst enemy: not the evil god Darkseid, but rather Whedon.

As a DC fan, I cannot stress enough how angry I am that this slapstick director was called upon to continue Snyder’s vision. Watching the 2021 version this past week left me speechless.

The movie was four hours long, but I was so happy with the film that it felt a little unreal. Being a fan of DC comics has not been easy lately, especially since Marvel films tend to take the spotlight. This felt like redemption, a win for DC.

The plot makes sense this time around, and character motivations are actually logical in terms of what occurs to them in the film. Even though Snyder had us commit to a four hour story, I didn’t end up regretting it (save the excessive slow motion scenes and strange choral music that plays whenever Wonder Woman is on screen).

Instead of the team being at one another’s necks, which for some reason seemed like a good idea to Whedon, Snyder has them supporting one another. Rather than Batman and the Flash making quips while people are dying, Snyder has his heroes leap into battle immediately. There are so many small details and large choices that ultimately this is a completely different film.

The second half of the movie is where everything truly gets interesting, though I felt the set up and back stories were important for the first half. Not only is the plot completely different from 2017’s “Justice League,” but it feels like this movie has real stakes at this point, and I found myself tearing up for Barry Allen as he was just out there doing his best next to the likes of Wonder Woman and Aquaman.

I’ve heard people say that Whedon’s film feels like a parody, even though it came out before Snyder’s. I definitely agree with this statement and would jump on board at any opportunity for a petition that erases Whedon’s movie from existence.

This film is absolutely not perfect, but no film is. Some of my friends have only called it “good in comparison” though I respectfully disagree. It is thrilling, has been given a lot of TLC and is absolutely a contender against Marvel’s “Avengers.” (Though, I like Marvel well enough and not everything needs to be a competition.)

If you haven’t watched “Zack Synder’s Justice League,” you can find it on HBO Max. And, if you’re feeling extra motivated, feel free to Tweet the hashtag “restorethesnyderverse” along with me, so yours truly can see Deathstroke on the big screen.