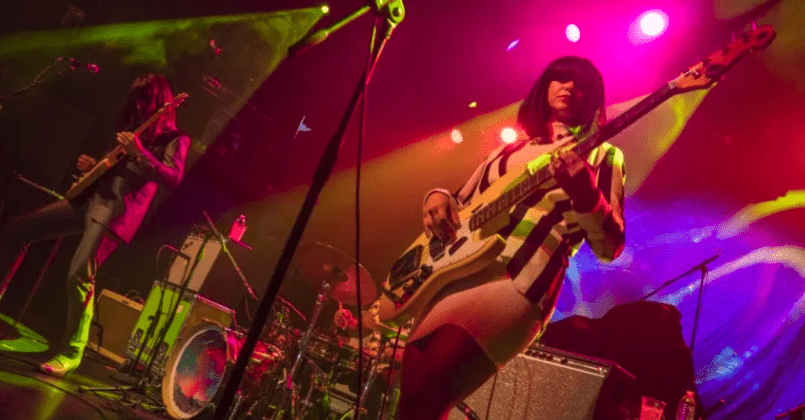 Since the coronavirus outbreak, music festivals and concerts have been canceled until further notice. Although this has been a major disappointment to live music lovers across the world, there are still several amazing live performances that can be found on YouTube. These are my favorites:

The Marias live on Fender Sessions

California-based band The Marias combines dreampop, jazz and psychedelic rock with Latin influences. Their performance for Fender in 2020 showcases the band’s smooth sound. In between each song, the band explains the stories behind their songs. The highlight of their performance was their song “I Like It” which begins at the 6:13 mark.

Filmed in a NYC hotel studio in 2019, up-and-coming R&B star Raveena Aurora performed a few songs from her album “Lucid” as well as a cover of the early 2000s Sade song “Lover’s Rock.” The ambient lighting and Aurora’s warm vocals, combined with the futuristic sounds of the keyboards, creates an ethereal concert experience.

The Arcs live on KCRW

In 2015, Dan Auerbach, lead singer of The Black Keys, formed a new band called The Arcs. The band teamed up with the all-female mariachi band Flor de Toloache and created a sound that blends blues, psychedelic rock and Mexican mariachi. The band was modestly successful; however, their success was cut short due to the death of their drummer, Richard Swift, in 2018. Their performance on KCRW is energetic and entertaining. The band collaborates like a group of old friends. It is one of the few live performances of the band available on YouTube.

The multi-Grammy award-winning artist Alicia Keys performed at an intimate venue in Paris in 2016, with only her iconic vocals, keyboard and bass player, Adam Blackstone. It is unusual for a star of Keys’ magnitude to perform in such a simple setting, but the venue worked for her musical style — a mixture of soul, jazz and gospel. This performance highlights her talents as a musician as well as a storyteller.

The Texas-based band Khruangbin (which translates to “airplane” in Thai) performed for Pitchfork in 2018. Khruangbin brought their signature sound that combines psychedelic rock with Middle Eastern and southeast Asian influences. The hour-long concert is hypnotizing and soothing. Most of the songs are instrumental, allowing the listener to interpret the meanings of the songs, using their own imagination. There is simply no other band like Khruangbin out there.