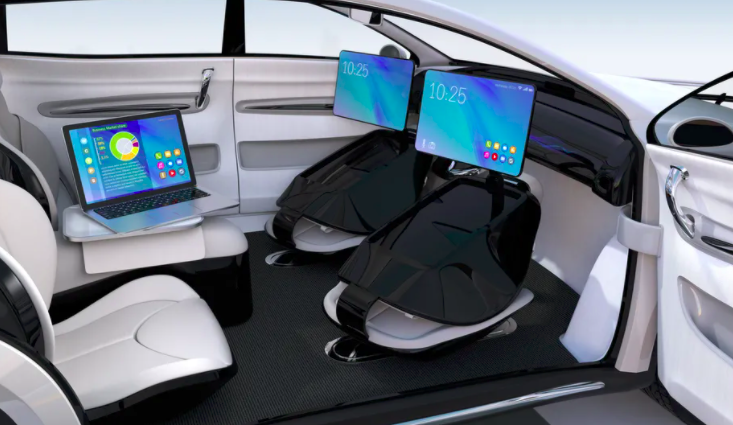 Brown addresses the question: ‘Should self-driving cars be selfish?’

By: Abby Aldinger
In: News

Philip N. Brown, a professor in the Department of Computer Science at UCCS, led a discussion at UCCS Downtown titled “Should Self-Driving Cars Be Selfish?”

The discussion, which occurred on Friday, Sept. 3, is one of several in a series called Philosophy in the City hosted by the UCCS Department of Philosophy.

This particular discussion, which is a part of the Fall 2021 “Separate the Signal from the Noise” season, “touches upon potential ethical dilemmas faced in [interactive technology]” and explores how those ethical dilemmas can be resolved.

Brown explained that the traditional message of ethics among engineers is to program machines that will not break or malfunction in any way.

He went on to point out how this message fails to address the ways in which machines can still function ineffectively, even though they are not technically broken — which is where the debate of altruism versus selfishness comes in.

When it comes to choosing a driving route, Brown finds that self-driving cars that choose the road less traveled, may be putting their passengers at risk, even though their act of altruism is well-intentioned.

Alternatively, self-driving cars that take the quicker but more congested route in order to save time may be putting others on the road at risk, even though their act of selfishness is also well-intentioned.

While altruism is generally a good quality, Brown believes that it can lead to risky situations, which is not what passengers typically want from a self-driving vehicle. Selfishness, then, is what he has found to be a more ethically conscious quality among self-driving cars as it focuses on user safety and satisfaction.

He further clarified that while there are many negative connotations associated with the word “selfish,” it does accurately describe how algorithms and interactive technology work together to provide results to consumers.

Additionally, while he acknowledged the importance of teaching students how to engineer and program machines that will not break, Brown wanted his audience to understand that teaching the ethics behind selfishness is just as important, as it contributes to a growing dialogue about the future of socio-technical systems.

“[The ethics of selfishness] is an especially important message for students in disciplines like business and public policy,” he wrote via email, “because they will end up in jobs where they actually have to make large-scale decisions about how smart machines are developed and regulated.”

In closing, Brown said, “[There] are many interesting problems that interactive technology can help us solve.”

According to Brown, this is why questions of ethics need to be addressed right now, as they can help engineers confront the “unintended consequences of developing technology too quickly and without enough foresight.”

Students can RSVP for the event via Mountain Lion Connect or attend virtually on the UCCS Philosophy Facebook page.