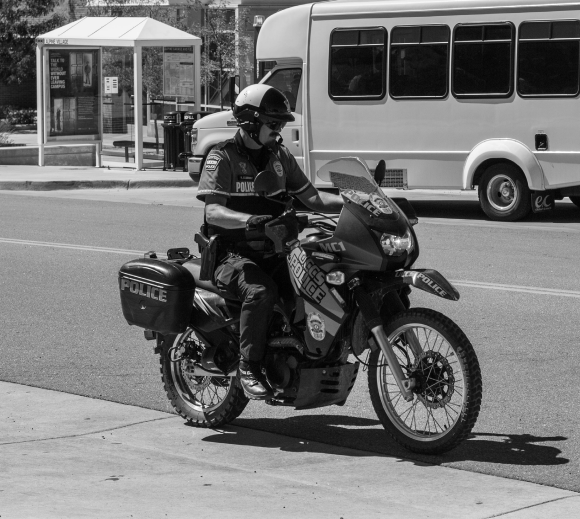 Building a community relationship with cops and donuts

By: Camissa Miller
In: News, Uncategorized

The twelfth annual Cops and Donuts event will take place at Cafe 65. The annual event’s goal is to familiarize the UCCS community with campus officers.

The Sept. 19 event, which has taken place since before 2004, features coffee and donuts in a friendly and fun environment.

Executive Director of Public Safety and Chief of Police, Marc Pino, believes it is important for the community to get to know the folks whose job is to keep them safe, especially in the light of recent public shootings.

“We do not want the first time someone interacts with us [to be] at the scene of a crime,” says Pino.

Public safety socials, like Cops and Donuts, are becoming more and more popular across the nation. According to a study by St. Cloud State University, “A good number of police departments … operate a Citizen Police Academy that gives community members the opportunity to become familiar with police officers and basics of the law.”

The study reveals that citizens are more willing to share sensitive information to help in a case if they know the police department on a friendly level. Cops and Donuts strives to create this relationship.

According to the 2017 US Secret Service (USSS) report, 14 percent of mass attacks were conducted in educational institutions, including two elementary schools, one high school, and one university—32 percent were in public spaces, such as sidewalks and communal areas. Cops and Donuts strives to create a more comfortable, welcoming relationship between policeman and citizens so that should they feel in danger, they know safety is only a phone call away.

“Do not waste time in denial and take action early, even if an event did not occur,” said Pino via email.

Pino says that the UCCS safety department has jurisdiction over everything typically considered university property, but also more public domains such as fraternity houses, streets, sidewalks, and even the parks that border campus.

“I tell people to be aware of what is occurring in these areas because it will impact the campus the most,” says Pino; “be aware of places that have a reputation for being unsafe or making people feel uncomfortable.”

Pino says that the best way to guard against an attack is to have a plan.

“Active-shooter preparedness is not just about being prepared on campus … Know how to lockdown your classroom, office, and/or housing,” says Pino.

He also mentions the video for Standard Response Protocol, located on the UCCS public safety homepage, which details what to do in case of a lockout, lockdown, evacuation or shelter.

When it comes to staying safe in general, Pino only has two things to say: “Be aware.”