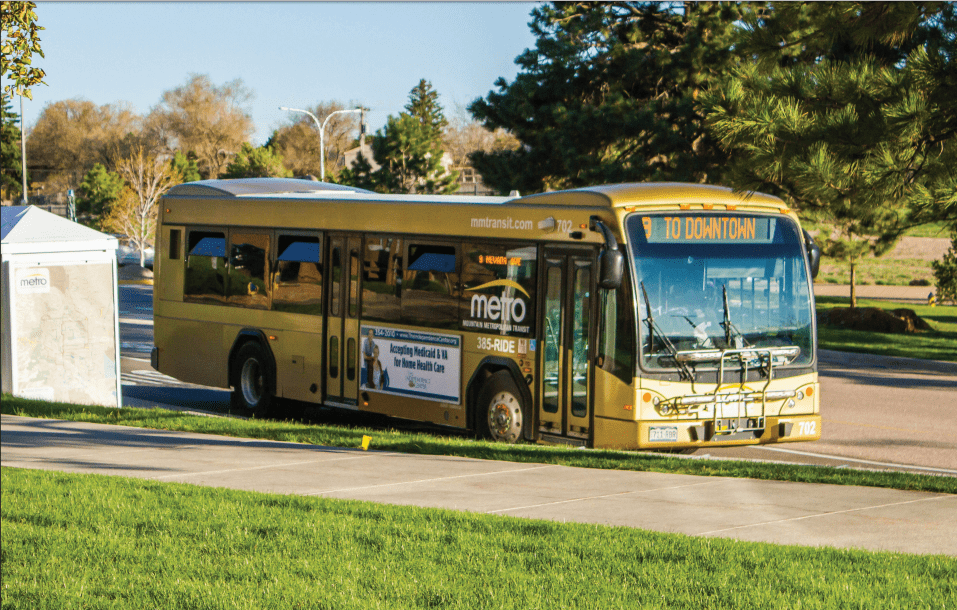 But efforts are still trying to be met for those who want more access to the city.

On May 4, the senate voted on the bill again, but it did not pass. Nine senators out of the 15-member senate voted “yes” on the bill, coming in one vote short to pass it into legislation.

Students would have voted to pass the $5 fee to continue the program in the spring 2018 semester if the bill passed. The regular price of a Mountain Metro bus pass is $63 per month and $1.75 for each ride.

The project sought to provide 12,000 UCCS students with an unlimited and universal Mountain Metro Bus Pass on their student ID, costing $5 per pass each semester for the 2017- 18 school year.

According to the Office of Institutional Research, 11,366 students were enrolled at UCCS during the spring 2017 semester. Colorado College uses this program to provide free, unlimited bus rides to its 2,100 students, according to Elliott.

Over 10 members of the public spoke in favor of the bill at the May 4 senate meeting. No one spoke against the bill.

One of the concerns addressed by senate was whether or not students were likely to use the program.

Jim Spice, director of Parking and Transportation Services, said that many campuses work with their local transit system to offer students discounted or free bus passes.

Up until recently, Mountain Metro did not have the budget to offer UCCS students a discount. Spice said that it’s difficult to predict the program’s success with students, but the university should still try.

“We are committed to finding ways to get people out of their single occupancy vehicles and get to campus in more efficient ways, more sustainable ways. So as part of that, a city bus pass makes sense,” he said.

SGA would fund $10,800 toward the pilot program, while the rest of the funding, about $110,000, would come from the administration, said Linda Kogan, director of sustainability during the April 27 senate meeting. Kogan authored the bill with Jeremy Nelson, senator of sustainability.

A poll on the UCCS Bulletin Board Facebook page showed over 100 “no” votes and about 50 “yes” votes from students and others outside of UCCS. The post, written by Elliott, asked for student opinion on the pass.

Elliott said that he vetoed the bill proposed on April 27 because of a lack of information. According to Elliott, Mountain Metro will not provide discounted passes to a portion of the student body, and many students are skeptical of the system.

“(The bill) didn’t even talk about the full plan of what departments are backing this,” he said.

Kogan said that the program will address environmental impact. Over 30 percent of UCCS’ carbon footprint comes from commuting, and about 80 percent of students, faculty and staff driving to the campus.

According to Kogan, UCCS has invested in ways to encourage sustainability on campus, including bike and skateboard infrastructure, along with carpooling.

“The last thing we really need to do is implement this bus system, and we’ve fought long and hard for that,” she said.

CORRECTION: The Scribe published that administration would provide $110,000 toward the bus pass pilot program. This number is incorrect.

2017-05-09
Previous Post: Garry’s Guide: How to survive college from someone who’s been there
Next Post: Campus crime: reports of theft, drugs on campus, crime in surrounding area